Family and friends will celebrate the life of Fred “Einer” Fretheim who passed away Aug. 5, 2012. He was born in Albert Lea on Sept. 10, 1917, to Edward and Minnie Fretheim. He served in the CIC Military Army Intelligence Corp for 28 years. He worked for Calvin Griffith with the Minnesota Twins from 1961 to 1994. He took pride in playing with the Born Again Jocks. 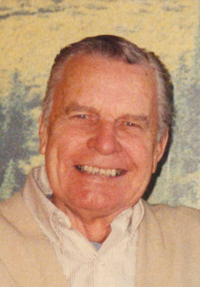 He was preceded in death by his grandson, Jim Frankhauser.

He is survived by his wife of 57 years Gloria; son Gregg; daughter Kerma (Chuck) Frankhauser; grandchildren: Christy and David.

At his request there will be no services.

A special thanks to Christine and the staff of Pioneer Estates in Eden Prairie for the loving and tender care that Fred received.