Holman was a man of science and faith 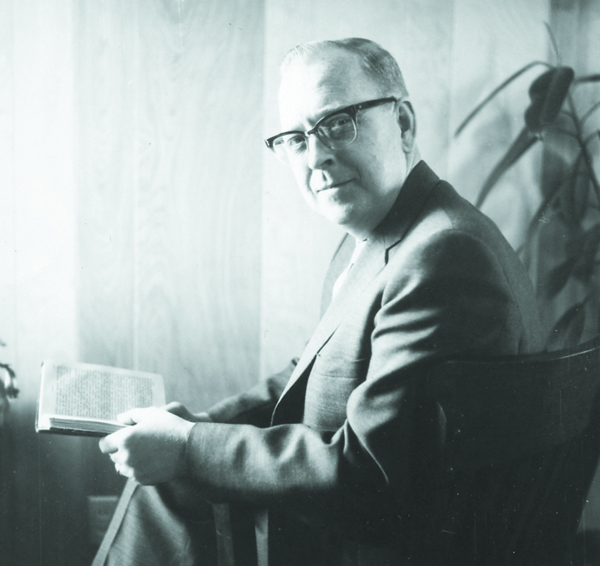 Ralph Holman, regarded as the father of Omega-3, was recruited to The Hormel Institute in 1951. -- Submitted

Long ago, a Minneapolis boy inspired by a teacher at his junior high school started to cultivate an interest in science. Years later, Ralph T. Holman would become a respected scientist and director of The Hormel Institute. His crowning achievement was to name the Omega-3 fatty acids.

“I liked to call him Professor Omega-3,” said his only son, Ted.

Ralph, 94, died at Mayo Clinic Health System in Albert Lea Wednesday. He was a man of science and faith whose work at The Hormel Institute in Austin would establish him as a definitive name in the field. 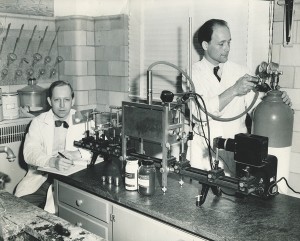 Holman was a respected scientist worldwide.

Dr. Doug Bibus worked alongside Ralph at The Institute for 16 years.

“He was amazing as a person,” Bibus said. “Someone very quiet, very bright, very genuine and caring, always striving for perfection.”

Ralph was born in 1917 in Minneapolis to Alfred T. and May (Nilson) Holman.

While young, he worked as a janitor at a church in the Twin Cities. He went to Bethel College and the University of Minnesota for his undergraduate degree, then to Rutgers in New Jersey for graduate school. After that, it was back to the U of M for his Ph.D. in physiological chemistry. In the early stages of his higher education, he didn’t intend to enter the field of nutritional biochemistry.

“One does not have that kind of vision,” Ralph told the Herald in 2001.

He met his wife, Karla Calais, in 1943 on a blind date, Bibus said. They lived in Minneapolis prior to moving to Sweden, according to his obituary. In 1946, Holman worked at the Karolinska Institute in Stockholm, Sweden, with several Nobel Prize winners, including Sune Berstrom. There, Holman was the first person in the world to crystalize lipoxygenase, a significant enzyme in the inflammatory process.

Upon returning to the United States, they lived in Texas — as he taught at Texas A&M University — until The Hormel Institute recruited him in 1951.

He was already an established scientist with international experience at that point. According to a history of The Hormel Institute, Ralph had already worked alongside George Burr at the University of Minnesota, who had discovered “essential” fatty acids. In Sweden, he worked with Nobel Laureate Arne Tiselius to learn the best practices using a mass spectrometer.

Next he would go on, with several other scientists, to transform The Institute in a way that drew international attention.

Ralph is regarded as the father of Omega-3, Bibus said. “Ralph’s career really centered on the research of fatty acids and lipids.”

At that point, The Hormel Institute was known as the premier place for that type of research. Not many people understood the metabolism of essential fatty acids, he said. Omega-3, a way to easily describe fatty acids, took the place of the previous, cumbersome “delta” system.

Families of fatty acids could be defined by their first double bonds, counting back the atoms from the end of the hydrocarbon chain. Ralph, taking this into account, named the family “omega-3” because omega was the last letter in the Greek alphabet, and referenced a Bible verse from the book of Revelation about the alpha and the omega, Bibus said.

Ralph first named the Omega-3 fatty acids in a scientific journal in 1963. His work had involved collaboration with people all over the world, from 15 different populations.

“Today, there is an immense awareness and study of Omega-3 fatty acids due to Dr. Holman’s remarkable scientific achievements,” Dong said.

Through their decade and a half of work together in the lab, Ralph and Bibus became close and kept in touch long after Ralph retired.

“I was one of his students and I eventually ran his lab for a number of years,” Bibus said. “We remained friends until his death.”

Ralph was appointed The Hormel Institute’s executive director in 1975. During his first year as director, The Institute’s budget was more than $1.6 million. He would hold the position until 1985.

In his free time, Ralph enjoyed taking photographs and movies of his family. He collected stamps and listened to classical music.

“He liked orchids,” Ted added. “He had a greenhouse in the back of his house.”

Bibus estimated he must have kept about 2,000 orchids there and said he was part of the Royal Orchid Society.

By the time Ralph left the lab around 2002, he had received countless awards. Locally, Ralph’s name is one of five in the running to christen the new Austin intermediate school, which is under construction. Nationally, he was on the presidential advisory council to President Richard Nixon.

But one of his most prized accolades came in 1981, when he was offered membership in the National Academy of Science.

“He was the only guy in Minnesota for a number of years,” Bibus said. There are only a few Minnesota natives who have achieved that distinction, and only about 2,000 people involved globally. Membership is by invitation only.

All technical terms aside, Bibus summed Ralph up in one sentiment: “He’s a rock star of the science world.”

Funeral services for Ralph will be held at 11 a.m. Monday, Aug. 20, at First Congregational Church in Austin. Visitation will take place Sunday from 5 to 7 p.m. at Clasen-Jordan Mortuary and at the church for one hour before Monday’s service.