Funeral services for Howard Hoverson will be at 4:30 p.m. Saturday at Round Prairie Lutheran Church. The Rev. Kent Otterman will officiate. Interment will be at Round Prairie Cemetery. Visitation will be from 4 to 6 p.m. today at Bayview/Freeborn Funeral Home and one hour prior to the service at the church. Online condolences are welcome at www.bayviewfuneral.com. 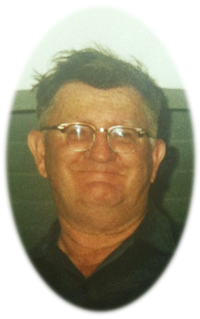 Howard Hoverson was born May 22, 1927, in Albert Lea the son of Henry and Grace (Nagel) Hoverson. He loved hunting and fishing and took yearly trips up North. Howard lived in the house his father built for his entire life, farming the land which was homesteaded by his family until he retired. He served as a medic in the U.S. Army and was a devout member of Round Prairie Lutheran Church. Howard had a dry sense of humor and loved to tinker. He was a loyal son, brother and uncle. He gave great hugs and always had a smile. We will miss him very much.

Survivors include his sister, Helen (Hoverson) Dagestad; his sister-in-law, Leona Hoverson; and many nieces and nephews and his 16-year-old dog Tippy.

Howard was preceded in death by his parents; his brother, Arlen (Duck) Hoverson; and his stepfather, Rueben Sorbo.

It is our hope that they are in heaven together, playing cards, while Grandma Grace is playing her accordion and doing a polka.

“The grave is but a covered bridge, leading from light to light, through a brief darkness.” – Henry Wadsworth Longfellow