Murray recognized by the Coalition of Greater Minnesota 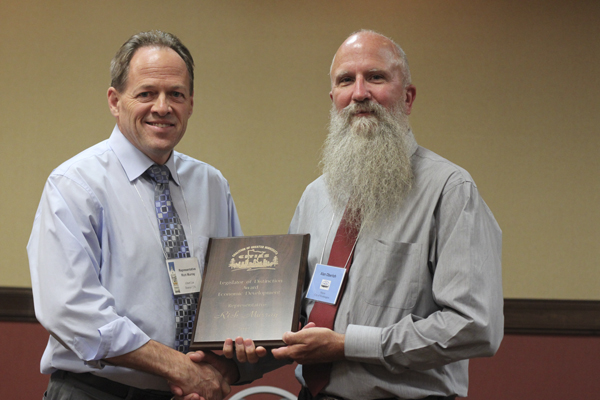 Murray is serving his first term in the Minnesota House of Representatives. The Legislator of Distinction Award, given during the coalition’s three-day summer conference in Owatonna, is for legislators who played key roles in advancing CGMC’s policy during the preceding session.

“Rep. Murray worked closely with the Minnesota Department of Employment and Economic Development and the chairs of the House Tax Committee and Jobs Committee to work out a compromise and advance the Angel Investment Tax Credit expansion, which was ultimately included in both final omnibus tax bills,” said CGMC President Alan Oberloh, mayor of Worthington. “He was also successful in securing $6 million for the BDPI program to help fund industrial park development in Greater Minnesota communities. The CGMC thanks him for his strong leadership on economic development proposals this session.”

CGMC is a nonprofit, nonpartisan advocacy organization representing 80 cities outside of the Twin Cities metropolitan area. The coalition educates legislators about issues important to Greater Minnesota.