Nelson: County has improved its finances 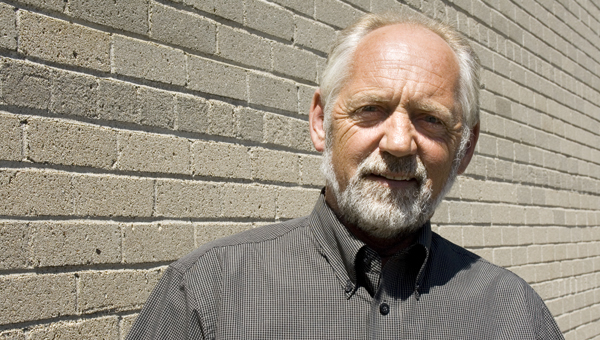 Third District Commissioner Jim Nelson is seeking another term on the Freeborn County Board of Commissioners. -- Sarah Stultz/Albert Lea Tribune

Incumbent 3rd District Commissioner Jim Nelson wants to give back to the community.

Fighting for re-election to the Freeborn County Board of Commissioners,

Nelson, 61, will face off against former Freeborn-Mower Cooperative Services president Ron Steckman and businessman David Shoff in the Aug. 14 primary.

Having served eight years on the board, Nelson said he thinks his experience sets him apart from the other candidates.

“I think they’re both very good, but the eight years of experience, of the budgets and knowing what we have cut and what we’re thinking about cutting, it helps me out,” he said.

To help spread the word about his campaign, Nelson said he has put some political signs out in preparation of the primary and interacted with people at a booth at the Freeborn County Fair.

Nelson said he thinks the county is in a good position financially as it moves ahead to the future, noting he thinks that is in large part due to Freeborn County Administrator John Kluever.

“I think that is probably one of the best things that could have happened,” he said.

Regarding human services, Kluever said he supports a smaller-scale human services merger, possibly with the five other remaining counties that opted not to vote out of a potential merger.

He said he was happy to see the plan for a proposed 12-county merger fall apart and noted that Freeborn County could have lost local control if there had been that many counties involved.

Regarding potential plans for Bridge Avenue, Nelson said he does not think there need to be many changes to the road from Richway Drive north, but from the Freeborn County Fairgrounds going south is where the problem is.

“I don’t really know what the answer is,” he said.

He noted he supports a potential right-turn lane in front of the proposed Kwik Trip and thinks that would be ideal getting trucks into the establishment.

Nelson and his wife, Mary, have been married for more than 40 years. Together, they have two children and two grandchildren.

He said he has lived in the same house his whole life, and he farms corn, soybeans and sweetcorn. In addition to being a farmer, he works for his wife’s trucking business, MJ Nelson Trucking, for four months out of the year after he has planted his crops and before they are harvested.

He serves as the vice chairman on the current board and as the chairman of the Freeborn County Human Services board.