Viola Krogsgaard and Chuck Van Way were among the nominees and both received the award at a special ceremony at 1 p.m. Wednesday at Entertainment Square during the fair. Following is a feature on both winners: 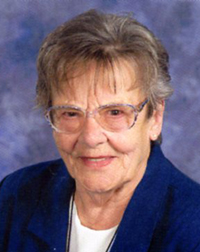 Viola Krogsgaard has a lot on her plate. There is rarely a moment when she’s not sewing quilts, volunteering at her church, leading an exercise class, gardening or helping with the heritage society. That is why she was chosen as the 2012 Outstanding Senior Citizen.

Krogsgaard, 83, of Freeborn, has dedicated her time to several different local clubs and outreaches.

Twice a week, she and a friend teach a Retired & Senior Volunteer Program Bone Builders exercise class in Freeborn. She leads the members in half of the exercises.

She also belongs to a quilting group at her church, West Freeborn Lutheran Church. Krogsgaard started the group eight years ago. They get together with other women and make things for the Minneapolis Veterans Administration Health Care System. They also make quilts for the Salvation Army and an American Indian reservation in South Dakota. Last year her group sent 90 quilts to the World Mission.

Last year, Krogsgaard made a John Deere quilt for a cancer drive in November that sold for $600. More than $40,000 was collected to give to cancer research.

She said she’s kept the sewing group going for so long not only because they help others, but for the social time, too.

Outside of her contributions to textiles, she also drives around people who are unable to do so themselves. This includes driving them to appointments or just to have coffee with her.

“It’s a good way to stay in touch with people while helping them out,” Krogsgaard said.

Krogsgaard recently took on the challenge of starting a heritage society in Freeborn. She and other volunteers got permission to clean up an old school house to include on their lot. They are also in the process of restoring a 1926 Model T Ford.

“Kevin Savick gave the heritage society money and many other locals and companies donated various items,” she said. “People have been very generous.”

With all the hustle and bustle of her life, Krogsgaard still enjoys some down time in her garden with raised beds of tomatoes, cabbage, carrots and raspberries. She also finds time to sit down and sew. She’s working on a 140-square afghan blanket right now.

“Viola is an unsung hero in the community,” Krogsgaard’s nomination letter stated. 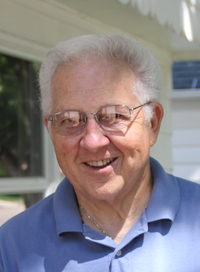 Meet Chuck Van Wey. He was chosen as the other Outstanding Senior Citizen of the year and is a 74-year-old cancer survivor who has spent his retired life giving back to the cancer society.

“We’re involved so much because of my experience,” Van Wey said of him and his wife of 45 years, Shari.

Van Wey was diagnosed with leukemia 18 years ago. He is now much healthier, although not completely cancer free.

“I still have heart and kidney problems,” Van Wey explained. “The doctors told me I’d only have two to five years left, but that was 18 years ago.”

Since Van Wey’s health issues started up, he and his wife have gotten more enthused about volunteering.

“Once I got through my struggle, I was able to help others,” he said.

He serves as a first connection for the Leukemia & Lymphoma Society. He talks on the phone and sometimes meets with patients around his age who are going through similar health ordeals that he did. He doesn’t offer advice, just a listening ear.

“Some people feel like they have no one to talk to,” Van Wey said. “You can’t appreciate the journey unless you’ve been on it.”

Van Wey was a mechanical drafting teacher at the Albert Lea Technical College from 1971 to 1984 and was a vice president of continuing education there from 1984 to 1993. He is now retired and fills his days with several service groups, all of which are mostly cancer related.

He is also member of the Institutional Review Board of Mayo Clinic Health System, an honorary chairman for the Freeborn County Relay for Life, advocacy chairman for the American Cancer Society, a patient advocate and committee member of North Central Cancer Treatment Group and is involved in a cancer support group as a co-facilitator.

Van Wey attends Grace Lutheran Church and is a member of the Alpha board, American Legion and Rotary Club, as well.

Van Wey volunteers at 11 different stations and has recorded over 2,164 hours in Freeborn County, his nomination letter stated. Together Chuck and Shari Van Wey have raised more than $50,000 for cancer research.

“Service above self, that’s my motto to live by,” Van Wey said.