Porter will be on Nov. ballot 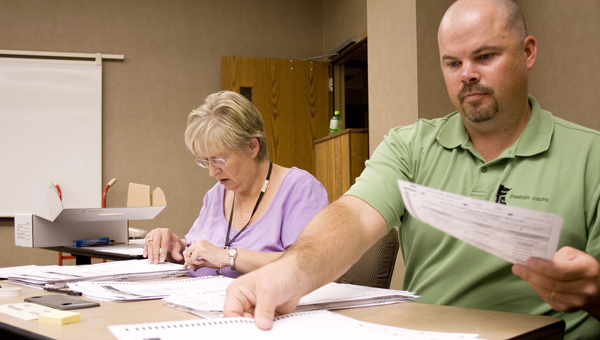 A recount on Friday at the Freeborn County Courthouse confirmed the number of votes between Porter and challenger John Severtson, a former member of the Albert Lea City Council. 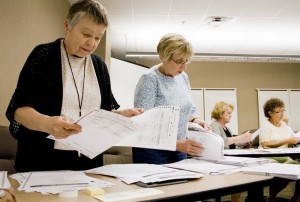 Severtson, 63, requested the recount after being separated from Porter, 75, by only four votes in the Tuesday primary election. Candidates may request a recount if the difference is 10 votes or less between the candidate and the winning candidate in county, school district or municipal elections.

Two election judges for each ward counted the ballots by hand, and within a matter of 30 minutes each ward confirmed the number of ballots for the candidates:

The judges did not recount the ballots for Rasmussen, but after the Tuesday election, Rasmussen had received 850.

“That’s the way it goes,” Severtson said, after hearing the results.

He said he plans to continue on the Albert Planning Commission and with his efforts already under way as chairman of the Beyond the Yellow Ribbon campaign. He is also encouraging the city to develop a RV park. He is retired from Enderes Tool Co.

Porter, who served on the Albert Lea Township Board from 2008 to 2011 and as Freeborn County District 3 commissioner from 1992 to 2000, said in the next few months he will try to get a few more signs out and meet with more people. He and his wife both have a T-shirt that says “Porter for Mayor” that they like to wear when they go out sometimes.

He is the former co-owner of Porter Sanitation Co.

The two men shook hands after the results were read.