Semitrailer rolls over on I-35 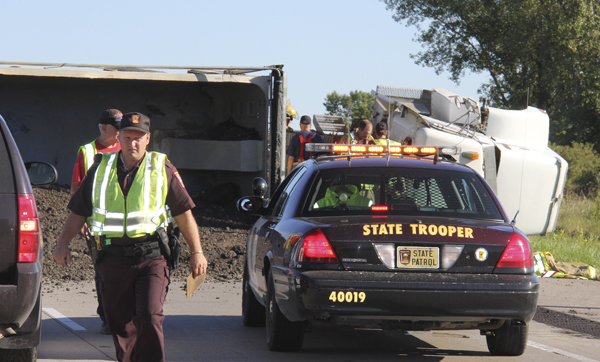 Troopers work the scene of a semitrailer that lost its load of soil shortly before 8 o’clock this morning on Interstate 35. The big rig blocked both lanes of northbound traffic. -- Scott Schmeltzer/Albert Lea Tribune

A semitrailer lost its load in a rollover on Interstate 35 north near Exit 11.

The Minnesota Department of Transportation says the northbound lanes are closed. Traffic is being diverted to Exit 12.

Check back for more information.