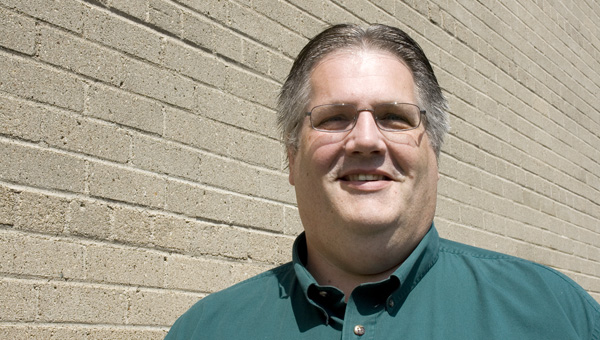 With a wife and a 1-year-old son, Albert Lean David Shoff has set out to make Freeborn County a better place to live.

Running for the office of 3rd District commissioner, Shoff, 48, will face off against incumbent Commissioner Jim Nelson, 61, a farmer and trucker, and Ron Steckman, 71, former president of Freeborn-Mower Cooperative Services, on Tuesday in the primary election.

Only two candidates will move forward to the Nov. 6 general election.

“I want to see the opportunity to raise my son in this town,” said Shoff, who owns a hotel management company.

He said what has prompted him to run for office is seeing projections for the county. According to Shoff, who is running for the seat for his third time, the county has lost population every decade since the 1980s. On top of that, the available workforce is on the decline for people under age 65, and the poverty level is rising.

“What we really need in this town is good jobs and good schools,” Shoff said. “Even our schools are struggling.”

He is in favor of forming a committee made up of city, county, chamber and school district representatives to discuss how to grow the county.

He said he would also like to see the issue of a human services collaborative come to the forefront.

Shoff noted he was against a proposed 12-county collaboration because of the control it would have given Olmsted County.

Instead, he thinks Freeborn County should work with some of other counties that opted out of the 12-county collaborative or others that surround Freeborn County.

“The human services budget is an area we need to be concerned about in the future,” Shoff said.

The candidate said he thinks the Bridge Avenue corridor project, which is being planned to replace the road and infrastructure, should take place soon.

“As this process unfolds we need to bring the stakeholders into what we’re going to do and how we intend to be moving forward,” he said. “At the end of the day, we need to have a project, and we need to get moving on it. Get this issue behind us.”

Shoff said he thinks the county is sitting in a better financial position today that it was when he ran for office four years ago. He said that can be attributed to the county administrator, but also to the county’s department heads.

He said he does not think it would be a conflict to be on the same board as his brother, Christopher Shoff.

“My brother represents a different district,” he said. “The needs of my district would be of paramount importance to me compared to the needs of my brother’s district.”