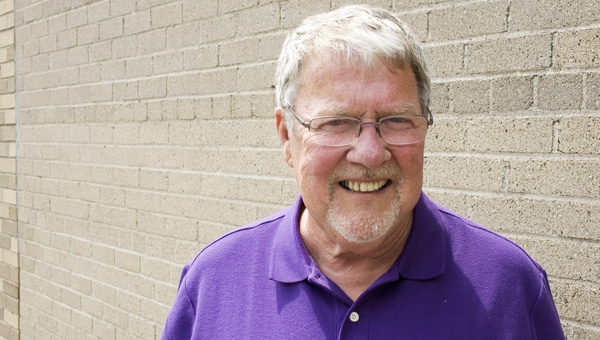 After seeing what he described as increased property taxes and little growth within the county, he has set out to become the next 3rd District commissioner.

Steckman, 71, will face off Tuesday in the primary election against incumbent 3rd District Commissioner Jim Nelson, 61, a farmer and trucker, and David Shoff, 38, owner of a hotel marketing company. Only two candidates will move forward to the Nov. 6 general election.

Steckman, retired as the president of Freeborn-Mower Cooperative Services in 2005, has been involved in economic development all of his life.

Prior to moving to the Albert Lea area he was also president of at least two other companies and said he thinks he can offer a strong business and economic development background on the county board.

He is concerned about vacant storefronts and lost jobs.

“You have to have a reason for people to want to be here,” Steckman said.

He noted that the county must be aware of all of the opportunities it has for grant or development assistance. And if staff do not understand something or need help, it might be cheaper in the long run to hire professionals to get the job done.

“I think the most important thing is recognizing where you need help and where you don’t,” Steckman said. “There’s nothing wrong with getting help.”

He is also concerned with transparency in the county government and said he thinks most taxpayers do not know what commissioners are doing on their behalf. He said he thinks there are simple ways the county can provide information to county residents to keep them informed, even through something such as a column in the newspaper.

“We need concerned citizens who want to protect the taxpayer from as much as you can,” he added.

He also said he needed to review more information about potential changes on Bridge Avenue before commenting on what he thinks should be done there.

He said he is only seeking to run for one term because he wants to make decisions without having to be concerned about getting re-elected.

Steckman moved to the Albert Lea area in December of 1975 and lives on the south end of Albert Lea Lake. He has four grown children.