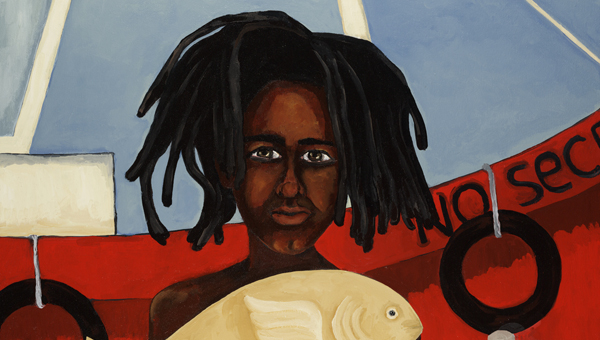 Austin native Eric Anfinson has a passion for art.

But it wasn’t until he was in his 30s that he picked up a paintbrush to try it out.

From that point on, Anfinson said, it has been what he describes as “a decade-long obsession.”

He has since created more than 100 paintings that have been featured in different areas across the country.

Anfinson, 43, who now lives in Key West, Fla., is returning to southern Minnesota to be a part of the Austin Artworks Festival this weekend. Then on Tuesday, he will be the featured artist in a gallery at the Albert Lea Art Center. The exhibit runs through Sept. 15.

Anfinson said many people will remember him as a 16-year-old linebacker at Austin High School who was injured on television in 1985 during a football game. He crushed a vertebrae in his neck and lost function of his arms and legs.

Despite this, Anfinson hopes people will look beyond his injury. He has embraced who he is and allowed emotion to flow from his paintbrush. 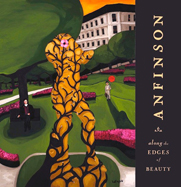 "Along the Edges of Beauty," released in November, features artwork by Eric Anfinson from the last decade.

“I don’t think I’m a painter because I’m in the chair,” he said. “But when we embrace who we are, whatever that form of creativity is, our own voice comes out.”

For him, that voice has come through the form of stylized figurative oil painting that incorporates rich colors and emotion, which comes from the human experience.

In his book, “Along the Edges of Beauty,” published in December, Anfinson describes his first significant painting.

It featured Queen Jezebel of the Old Testament in the Bible. He said he thought there was something he could relate to about her story.

“Jezebel was a powerful queen whose identity was tarnished and misunderstood. Perhaps I identified with that,” he said. “Initially, I wanted to redeem Jezebel. Ultimately, she redeemed me. She showed me that I was an artist — that art would be my vehicle.”

The painting hangs above his bed in his home.

In the beginning, Anfinson said, art started out as a personal obsession, but it has since become a full-time career. He paints anywhere between six and 10 hours a day.

Anfinson calls art “the constant companion,” and often illustrates this through the use of a red balloon in his paintings. The idea of the balloon originated with the 1956 French film “The Red Balloon.”

He said he did not grow up with art in his life, and he wants people to know that there is a place for it in the world.

He hopes his art pushes not only himself, but the viewer as well.

Bev Jackson Cotter, of Albert Lea, said she first met Anfinson when her husband interviewed him for his radio show.

“I was thrilled to learn that Eric was in Florida and that he had found art and his creativity,” Cotter said.

She noted when she learned he was coming to Austin for the Austin Artworks Festival, she asked him if he would also showcase his work in Albert Lea.

“There is emotion in every one of his pieces,” Cotter said. “Even the portraits where the eyes are closed or the eyes are blank, you still feel the emotion when you look at the painting.”

An opening reception for the gallery will be held at the art center from 5 to 7 p.m. Tuesday. Most of Anfinson’s work, along with copies of his book, will be for sale.

His parents, Jerry and Carol Anfinson, remain part-time residents of Austin. His paintings are featured locally at the Hormel Institute in Austin, the University of Minnesota-Mayo Clinic Cancer Research Center and the Arc of Mower County.