Thief sent to prison for 2 years

AUSTIN — A 26-year-old from Rochester who stole from Walmart and led police on a chase last year is going to prison for two years. 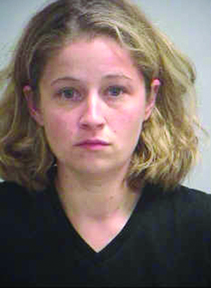 Beth Marie Hansen, 26, was sentenced to 25 months in prison on Friday in Mower County District Court. Hansen was found in violation of probation after her conviction in a July 2011 Walmart theft in which she stole more than $2,000 of merchandise, fled officers at high speeds, assaulted an officer and possessed drugs.

Hansen was arrested on Aug. 2 for her alleged involvement in a check forgery; however, she has pleaded not guilty in that case. According to the court complaint, she and another woman, Kandyce Kristen Keeler, were allegedly passing fabricated checks at Bobee Jo’s bar in Austin in June and were later caught. A detective discovered that Hansen, who was identified on surveillance, was being investigated in Rochester along with Keeler for forgery. According to the complaint, police believe Keeler was makingthe checks and Hansen was helping pass them. They also believe Keeler tried to cash two of the three checks at Bobee Jo’s Bar, as well. An employee caught wind of the alleged scam during the third check passing. The women were allegedly using the name “Felicia Pigeon” as the account holder.

Her pretrial in that case is set for Oct. 12.