Tourney was held in honor of friend, golfer 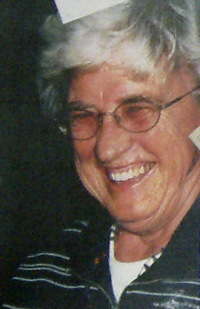 Hanson’s three sisters were in attendance.

Donna Werner, a friend of Hanson’s, said a red maple tree was planted between holes N0. 3 and No. 4 at Green Lea to honor her because she was an avid golfer. One of Hanson’s highlights in life was golfing with Patty Berg, a professional golfer.

The donations from the tournament paid for the tree and a plaque that will be placed by it.

Hanson was one of 10 people who started Alamco in Albert Lea years ago and was a stickler of following the rules no matter what the activity was.

She passed away suddenly in December at 78.

Her friends would like to thank everyone who made the day special.

Trayton Anderson, the grandson of Albert Lea resident Rudy Anderson, was on a baseball team from Buffalo that won the Triple A state championship on July 29. The team will have a chance to play in a tournament in Cooperstown next year.

The championship title was the second that the fifth-grader has earned.