When government gets power hungry …

Guest column: By John Forman, My Point of View

The Constitution of the United States of America was written to protect individual and state rights from being taken away in the name of the greater good by the federal government. (Tyranny of the majority).

The federal government’s powers were enumerated in the Constitution and all others were left to the states or the individual. With liberal federal judges and Supreme Court rulings we have been on a path that has eroded state and individual rights. With the recent Supreme Court ruling upholding Obamacare as a constitutional tax system for funding a federal mandate, that path has now become a super highway. The end of state and individual rights is in sight. Before this ruling the federal government could give or withhold federal tax dollars to encourage or punish you for doing or not doing what they wanted done. The Supreme Court has now given the federal government the power to take your money or put you in jail for not doing what they believe to be for the greater good of all. 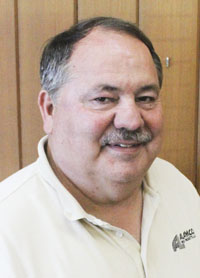 The recent Supreme Court ruling on the government’s power to tax people for not buying supposed government specified necessities has raised a lot of questions. The law was passed on a lie by declaring no taxes were involved but, the Supreme Court has ruled it is only constitutional as a federal tax on the people of the United States of America. Some people think it is no big thing because they support Obamacare and think it will stop there. What happens when the government declares that all people that can afford one have to buy an electric car for the good of the environment and government-owned GM stock? Not too far-fetched given that they have used tax rebates to encourage this in the past. With budget deficits and the need for more revenue, a law like this would appeal to some people. How about taxing anybody that can afford a geothermal heating and cooling system for not getting one?

We then get to the other side of the issue. Once the government has declared it a necessity we will have subsidies to buy the electric car and geothermal unit for those deemed not able to afford it. We do it with cellphones! It is included in Obamacare!

You might say this can never happen, but remember when the Supreme Court ruled abortion legal because a woman lied and said she had been raped? Did you think we would be giving taxpayer-funded abortions to teenage girls without informing their parents? Did you think that the Democratic Senate would stop a law outlawing abortion because the baby would be a girl? Well, they both happened.

Our liberal educators in the public school system can only teach legal issues, they cannot teach moral issues. Once the court system declares anything legal it becomes part of the curriculum. After the passage of a referendum in California to declare a marriage to be between a man and a woman, one of the opponents said all we need is a court decision to go our way and then two or three years of the education system teaching that it is legal and some more older people dying off and public opinion will change in our favor. It looks like it has. (My apologies to the many conservative teachers out there but am sure you are well aware that you are in the minority in your profession).

Are we doomed to an amoral society? (Definition of amoral: “Lacking a moral sense; unconcerned with the rightness or wrongness of something.”) Many people think we are already there, but I believe it is not too late to change the country’s direction. We can do that by electing a decisive conservative majority to state and federal offices this year and by electing Mitt Romney president. By electing conservatives the judges that are appointed for life will be selected from those that believe their job is to uphold the Constitution and not to rewrite it.

Will we get some surprises along the way like what happened with Chief Justice John Roberts in the recent Supreme Court ruling for the health care law? Yes, but in a court system dominated with people who want to uphold the Constitution instead being judicial activists, that one vote will not be catastrophic.

John Forman is a member of the Freeborn County Republican Party.