Zumba is on the way 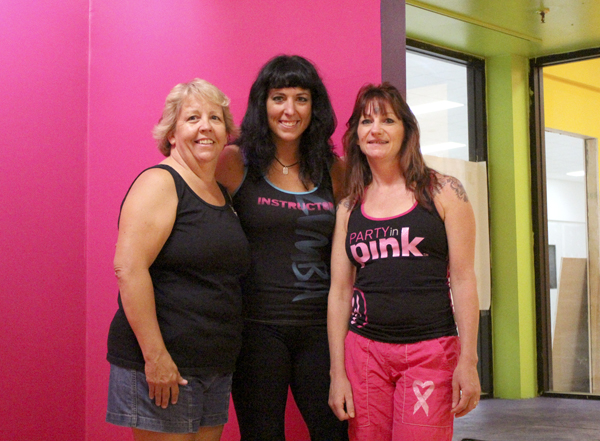 The finishing touches are being placed on Albert Lea’s first Zumba studio that’s slated to open in a week within the Skyline Plaza.

Zumba mixes primitive steps of Latin dance into a fast-paced workout for all ages, sizes and fitness levels.

Sherry Jensen, one of the owners of the studio, said she and three others decided to open the business because Zumba classes in the area have grown to exceed class sizes and schedules of the Community Education programs.

The studio will launch a series of adult classes from 5:30 a.m. to 6:45 p.m., seven days a week. Class times will vary depending on the day.

Zumba tonic, a children’s Zumba class, will be added to the schedule in October. Average class size is expected to be 30 to 50 students.

Jensen said she remembers four years ago that word of mouth grew a class from 15 to 50 students. Jensen is the original instructor that drew a couple of interested students into a business. Patti Yaw, Amber Yaw and Marcie Sailor, which met Jensen through classes as students, will instruct alongside Jensen.

They said many locals have been following Zumba’s slogan “ditch the workout, join the party” in growing numbers.

Sailor said the music is intoxicating, and people love the music.

“It is an addiction,” she said.

In fact, the music is the attraction for many students. Sailor said she is enticed to Zumba because of the fast-paced dance steps to Latin music.

Sailor lost a combination of 67 inches with Zumba. To Sailor, Zumba is not a workout and said the class goes by quickly.

Jensen said the class is an intense workout with an average hourly calorie burn of 500.

Directional movement and correlation to the music allows for a total body workout, including the core muscle groups. Compared to running, which uses one muscle group, Zumba is a complete workout, according to the instructors.

Classes are designed to be interval training with choreographed songs to Latin music through music cuing, beats and pace, she said. A class averages from 14 to 16 songs with 70 percent of the music as Latin.