Are stacks of RR ties a hazard? 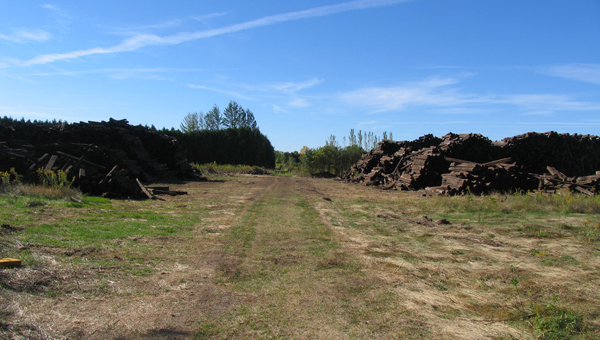 Railroad ties formerly along the Union Pacific Railroad line from Albert Lea to Hartland are causing concern among Freeborn County officials and residents in Bancroft Township.

The ties, pulled within the last year after the railroad company abandoned the line, were hauled to property leased out by Bradford Wedge, near the intersection of Freeborn County Road 101 and Bluegrass Street, northwest of the Stables neighborhood.

Freeborn County Administrator John Kluever said the proper permits were not obtained ahead of time to store the ties at the site, and there is concern they are hazardous. The ties were treated in creosote, a wood preservative, which has the potential of leaching into the waterway or being toxic if the wood catches fire, he said.

He estimated there are at least 17,000 ties at the site. The ties are not visible from the street but are hidden by a row of trees.

Freeborn County Planning and Zoning Administrator Wayne Sorensen said a resident first reported the ties to county officials in August, and the county has been investigating since.

The issue came before the Freeborn County Board of Commissioners Tuesday, and the commissioners ultimately voted 4-1 to give Rochester Asphalt, the company hired to band up the ties and ship them out, 90 days to remove the ties from the site and have the site cleaned. They must also have the ties wrapped with plastic in the next 14 days.

The action came through a conditional use permit.

Rochester Asphalt is a subcontractor of a salvage company in Missouri that purchased the ties from Union Pacific.

Board Chairman Dan Belshan, who voted against the permit, said he did not want to condone the ties being in place and could never grant a permit after the fact.

Commissioner Jim Nelson said though he wants the problem to get resolved, he thinks the county should work with Rochester Asphalt as much as possible to get the site cleaned up and the ties sent off. Otherwise, Freeborn County staff might be stuck cleaning it up.

Ninety days from Tuesday means the company has until Dec. 17.

Royal Johnson with Rochester Asphalt said his company did not dump the ties but was just hired to bundle them and get them off the site. He estimated he and his crew would be able to get the ties cleaned up and off the property by the end of the year or first few weeks in January but questioned whether it would be possible to do so by Dec. 17.

Freeborn County Attorney Craig Nelson said approving a conditional use permit gives the county the ability to move forward easier with potential legal action if the ties are not removed in the allotted 90 days.