At the Democratic National Convention

The trip for Art and I started with driving to our daughter, Lori’s home in Bloomington to prepare for the groom’s supper of our first grandson, Joshua Kolling, who was getting married to Liz Sheffler the next day at Thompson Park in St. Paul. Then getting to the airport on Sunday morning to fly out to Charlotte, N.C., for the Democratic National Convention. We arrived there at 2 p.m. Eastern, 1 p.m. our time. We got on a shuttle for our hotel after a short wait. 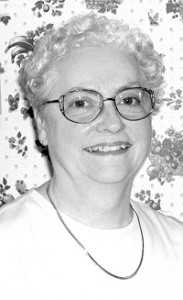 There was a welcome reception at 5 p.m. for the delegates from the District of Colombia, Louisiana, Michigan, Minnesota, North Dakota, Puerto Rico, South Dakota and Texas at the Discovery Place in uptown Charlotte.

On Monday, we picked up our credentials, ate breakfast and set out to watch the parade, but there was so much security around we just went to the Convention Center and attended the ethnic, disability and veterans caucuses. When we got down to the bus stop it started raining real hard. The volunteers helped us up to their tent and gave us a plastic poncho to put on. Being we were soaked, we went back to our hotel and and decided we would go to the convention the next day.

We attended the women’s and senior caucuses. We went back to our hotel and got on the bus at 3 p.m. to go to the convention, which started at 5 p.m. The bus driver was from Mississippi and didn’t know where to let us off because of protesters and at 5 p.m. we were still on the bus. One person got off and went to a bar, two got off and started walking and it started pouring rain again, so we went back to our hotel room and watched the convention on our TV set and listened to it thunder every so often.

We attended the women’s and senior caucuses, then had an ice cream cone, went through security, got on the light rail and got to the Time Warner Building, where the convention was. You weren’t allowed any food inside, so we got a super hot dog each and ate it before going in. Art got led down to the Minnesota section, and because I was an alternate I had to stay in the upper section until I was called to come down to the floor. All the rest of the seats by the Minnesota delegation were reserved down there, so I was led to the top last row on the floor and was able to stay there the rest of the evening till rollcall, when a bunch of people left, so there was room.

Then pictures were taken of the delegation. We went back to our rooms and packed, ate a late supper and watched the convention in our room, because it was so late when we got back the night before and we were flying out early the next morning,

Many of the same speakers at the caucuses were speakers at the convention and were very good. At the disability caucus a woman senator talked about HR 5781 Inclusive Home Design Act, which they are trying to get passed. It urges contractors to build new houses to specifications for senior citizens, so if people stay in their homes till they were senior citizens, they wouldn’t have to do a lot of remodeling later.

She said you could Google HR 5781. We enjoyed meeting a lot of people and thought it was a very good convention. We learned a lot about Social Security.

Roselyn Anderson resides at 2217 Margaretha Ave. in Albert Lea. Longtime Democrats, she and her husband were delegates to the 2012 Democratic National Convention in Charlotte, N.C.