Memorial services for Bradley Paul Krowiorz will be at 5 p.m. Friday at Bayview/Freeborn Funeral Home. Deacon Mike Ellis will officiate. Military honors will be accorded by local servicemen organizations. Visitation will be one hour prior to the service at Bayview. Online condolences are welcome at www.bayviewfuneral.com. 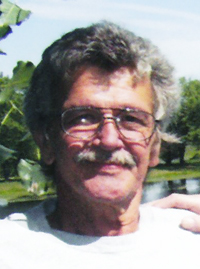 Bradley Paul Krowiorz was born July 3, 1956, to Clifford and Marlene (Sorenson) Krowiorz in Wells. Bradley enlisted in the United States Navy completing his education, and was a welder in the Navy. He was united in marriage to Debra Pollard, they later divorced. After his discharge he moved to South Dakota and Iowa where he continued to work as a welder, as well as working on and repairing small appliances.

Bradley was preceded in death by his father, Clifford; brother, Brian and sister, Marilyn.