Carole Jean Hanson, 76, of Austin, died Tuesday, Sept. 18, 2012, at St. Marys Hospital in Rochester. She was born Feb. 18, 1936, in Shell Lake, Wis., to Walter C. and Jeannie (Reinhart) Van Pelt. She moved to Austin and attended school there, graduating from Austin High School in 1954. Carole worked in the office at Hormel Foods before marrying Maynard Hanson on June 25, 1954, at St. Olaf Lutheran Church in Austin. The couple moved to Florida where Maynard was stationed for one year. Carole then returned to Austin and resumed working for Hormel while Maynard served in Iceland. Following Maynard’s tour of duty in Iceland, the couple moved to Virginia, where their son Randy was born. They returned again to Austin one year later, where daughter Jeanne was born. During their years in Austin, Carole worked as a receptionist and bookkeeper for Dr. Roberts, at Kestner Electric, and at UBC. A member of Our Savior’s Lutheran Church in Austin, she worked in the Sunday school office and enjoyed the “Come and See” Bible study. She enjoyed sewing, knitting, baking and cooking, quilting, needlework and her morning devotions. Carole loved her family and grandchildren and enjoyed her friends at the Eagles Club. 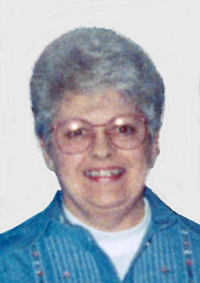 She was preceded in death by her parents Walter C. and Jeannie Van Pelt; and a brother Walter J. Van Pelt.

Funeral services will be at 1 p.m. Monday at Our Saviors Lutheran Church in Austin with the Rev. Glenn Monson officiating. Visitation will take place from 4 to 6 p.m. Sunday at Worlein Funeral Home in Austin and one hour prior to the service at the church on Monday. Casket bearers will be Ryan Hanson, Taylor Hanson, Katie Tomlinson, Robert Knutson, John Steffen and Tom Boland. Interment will be in Oakwood Cemetery.