Ron and Jody Wegner of Walter are honored to announce the engagement and upcoming marriage of their son Blair Wegner to Lana Bauer, daughter of Rick and June Bauer of Bancroft, Iowa. 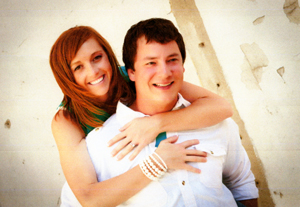 Blair is a 2005 graduate of United South Central High School in Wells. He is a 2009 graduate of South Dakota State University with a major in agriculture technology and a minor in aviation. He is currently farming with his family in Wells.

Lana is a 2006 graduate of North Kossuth High School. She is a 2011 graduate of Hawkeye Community College with a major in dental hygiene. She is currently employed by Louscher Family Dentistry in Algona as a dental hygienist.

Blair and Lana will be married Sept. 15 at St. John’s Catholic Church in Bancroft, Iowa.