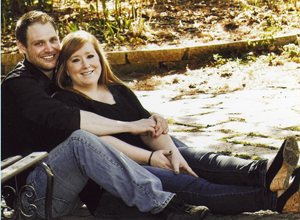 Katie graduated in 2004 from Stevens High School in Rapid City, S.D., and in 2008 from Minnesota State University, Mankato, with a degree in elementary education. She is employed at Mankato Head Start.

Tim graduated in 2004 from Albert Lea High School and in 2009 graduated from Minnesota State University, Mankato, with a degree in parks and recreation management. He is employed at Green Care in Mankato.

A wedding is planned for Oct. 19 in Mankato.