Enthusiasm of 4-H’ers has been fun to witness 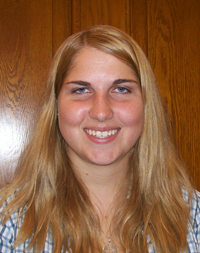 4-H has always been a huge part of my life, and I love everything about it: the vast project opportunities, the people who make up the 4-H community, the personal and life skills 4-H helps youth develop, the trips I’ve been able to take through 4-H, and of course, county fair week.

Growing up in Wisconsin, and attending college in South Dakota I’ve met many people who gave me an appreciation for how strong of a 4-H program Minnesota has. I am majoring in agriculture education, and many of my peers had interned in various Minnesota counties, so this year I eagerly applied. When I got a phone call saying that I had received a position in Freeborn County, I was ecstatic.

Since moving to Albert Lea in June, I’ve been able to be involved in a variety of things through the 4-H. I started by attending several club tours, in which I was able to meet some of the great 4-H families and see what projects the members were working on. I was able to listen to kids talking about how they raise their animals, learn some tips on gardening and watch demonstrations on how some of their non-livestock projects were done. 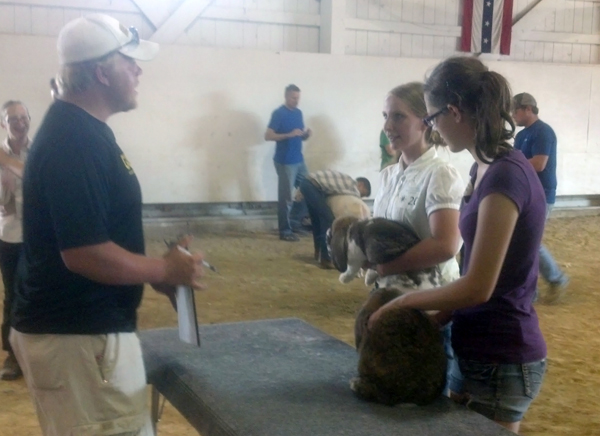 Laura Schwengel took this photo of judging at the Freeborn County Fair.

A few weeks after starting my internship, I got to go to 4-H camp with 4-H’ers in third- through sixth-grade from Freeborn and four other neighboring counties. This was a great opportunity to see the older 4-H members taking on a leadership role as counselors, and for me to work with other county interns to help with the camp and to plan some leadership activities for the campers. It also allowed me to meet and get to know many of the 4-H members in the county.

Another part of my summer was bringing 4-H to a group of kids in Emmons. Throughout the summer the kids worked on a garden, and once a week we had day camps in which the kids learned about seeds, plants, nutrition, amphibians, dairy production and products and even got a visit from an entomologist.

In mid-July we had a Food & Fashion Revue at Northbridge Mall. 4-H members brought in clothing projects they had made or strategically purchased, and discussed their project with a judge and later in the evening modeled for an audience. Many of the members also participated in the food revue judging in which they put together a meal and table setting around a theme. Perhaps my favorite part of the day was the demonstrations, in which 4-H’ers taught the audience about origami, how to make egg rolls, dog training and more.

This year was my first experience with the Freeborn County Fair, and I found it to definitely live up to the slogan as the “Six Best Days of Summer,” although it could also be described as the six fastest days of summer.

Before the fair really kicked off, the non-livestock exhibits were brought in and each exhibitor spoke with a judge about their project. It was great to see the creativity, thought and time that members had put into their projects to share what they’d learned with the public.

During the fair I was able to help with the horse, swine, dairy and llama shows, in addition to being able to watch a bit of the others. I enjoyed seeing the high quality livestock that resulted from Freeborn County 4-H’ers hard work and time spent on raising their animals. This year was also the first year that cloverbuds (4-H’ers who are in kindergarten through third-grade) were able to bring in an animal to show in a separate class with the help of a parent or older sibling and earn a ribbon for participation. Seeing the enthusiasm and excitement of these members was possibly the best part of watching the shows.

One of my responsibilities of the fair was hosting the livestock judging contest. In addition to learning how a livestock judging contest was run, I also learned how to use a computer program which is used for the state level contest, and allowed our contest to go much quicker this year. We had 51 participants from nine FFA chapters and 4-H counties. Thanks to help from the coaches and local 4-H members helping me find livestock to use, the contest was a success and the competitors had a great learning experience.

That day was also the supreme showman contest. Sixteen 4-H members competed, being judged on their showmanship skill within the species they show, and also in species they may be less familiar with including poultry, rabbit, sheep, goats, beef and dairy. The best part of helping put on this contest was not only seeing what great showmen Freeborn County 4-H has, but also seeing 4-H members helping others learn how the species should be shown and giving pointers.

The last show I helped with during the fair was certainly the best way to end the fair. The small and baby animal show is sponsored by the 4-H and ADA, and is open to anyone under age 8 in Freeborn County. The youth brought in their pets ranging from chicks, turtles, puppies, calves and lambs. They then practiced showing their animal by walking it before the audience, and then speaking with a judge to tell the audience about their pet.

Laura Schwengel is the 4-H summer intern at the Freeborn County Extension office.