Autumn officially announced its presence on Saturday, with bone chilling winds, followed by overnight temperatures that dropped to as low as 27 and 28 degrees in some parts of our area. I am not sure if the temperatures got quite that low at our place, but we may have gotten down to about 29 degrees, which did freeze most of the vine crops. Some of the tomato plants do look frozen, but those in cages and off the ground showed only slight damage on some of the outer leaves, so the tomatoes themselves should be all right. Temperatures can vary several degrees from higher ground to lower ground, and from protected areas to more open areas. So I am sure some gardeners had more damage than others. The freeze may have even been beneficial to some of the farmers whose soybeans still had green stems, and certainly should not have hurt either the field corn or soybeans. Some of the later varieties of apples that are still on the trees will benefit from the freeze that we had, as that seems to bring out a special sweetness and good flavor to certain varieties of apples. 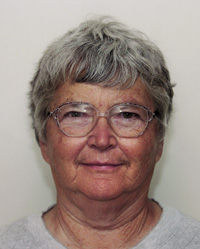 Each new season brings on new challenges, but also provides us with a changing landscape. We are now seeing fall colors on the foliage of many trees and shrubs, and leaves are starting to fall. As Minnesota residents, most of us enjoy the change of seasons. Even the first snowfall can be beautiful, although I admit winter is my least favorite season.

The Albert Lea Farmers Market continues through the end of October, and the long range forecast looks like we should still have some nice weather. As so frequently happens after the first freeze, the temperatures warm up again and we have some beautiful fall weather. You will still see a wonderful variety of produce available at the market, as well as fall decorative items, farm fresh eggs, meats, jams, jellies, salsa, pickles and other canned goods, a wide variety  of baked goods, candies, unique craft items and so much more. Continue to buy locally — help our economy and local growers by enjoying all the wonderful products they offer.

Feature of the week: Honey bees

One third of the produce we eat comes from bee-pollinated plants. Because of the decline in wild bee population, more growers are having bee hives placed near their gardens to provide for pollination of their crops. Although many people fear bees because of their sting, they very seldom will attack you,  unless you threaten them in some way, or get too near their hive. When we are picking the fall raspberries, the bees are feeding on the nectar on the raspberry blossoms still on the plants only a few inches from your hands. I have never been stung (so far), as the bees are just going about their business and don’t pay any attention to you. Some people who fear bees want to swat at them or chase them away, but this is a mistake, as that will agitate them and may cause them to attack you.

There are three types of bees. The queen bee is the largest bee, and there is only one in each hive.  She lays all the eggs, which can be up to 3,000 a day, each egg in an individual cell. The drone bees, which are smaller than the queen, have the sole purpose of mating with the queen, after which they die or are driven from the hive. The worker bees are smaller than the drones, and as their name indicates, they do all the other necessary work.

During different stages of their life, worker bees have different duties. The very young worker bees start out cleaning and polishing the cells. Then in about three days, they become wax making bees, and also help transfer and store the pollen brought back to the hive by other bees. Others feed and groom the queen, while others keep the hive cool by beating their wings. Some will become guard bees, and will protect the hive by stinging  intruders and alerting the other bees to the danger by emitting a special scent. After that they become forager bees, collecting nectar in their stomachs (or crops), and pollen on their hairy hind legs.

Scout bees go out searching for good nectar sources, and upon returning to the hive, will do a special  dance which gives the other bees the directions to the nectar source that they  found. Worker bees live only a matter of a few months, which is why it is so important for the queen to provide the eggs to keep replacing these workers. A queen bee can live for three to five years, and her genetic qualities are passed on all her offspring, which is why it is so important to have a good queen.

Worker bees visit over 1 million flowers and fly 55,000 miles to bring you one pound of honey. The average worker bee makes only a portion of a teaspoon of honey in its lifetime.

When the bees store more honey than they need for themselves, the bee keepers harvest the excess honey. The brood chambers are in the bottom boxes of the hive, with the honey storage chambers being on top. After removing the honey storage box, or super, the bee keeper removes the honeycombs and extracts the honey. Honey can have many different flavors depending on the type of flowers visited by the bees. Most honey is light colored, and mild flavored. The buckwheat honey is much darker and stronger flavored, and is less commonly available.

Honey is an excellent energy source, and the raw or unpasteurized honey, which contains small amounts of pollen, is the type of honey which can offer the most health benefits. Honey is a natural antiseptic, and was at one time used on wounds to reduce swelling and inflammation and aid healing.

Local honey is used by some people for seasonal allergies, consuming a couple tablespoons daily, which can have a desensitizing effect over time for some allergy sufferers. Honey can soothe the throat, and is sometimes used along with lemon juice for hoarseness and coughs.

Honey should be stored at room temperature, and will keep indefinitely. Refrigeration can cause it to crystalize, but you can liquify it by slightly warming and shaking it.

In medium bowl, combine dry ingredients. In another bowl, beat butter until light; beat in honey, egg and pumpkin. Gradually add flour mixture, mixing just until blended. Stir in walnuts (if desired). Pour into 12 greased or paper lined muffin cups. Bake at 350 degrees for 25 to 30 minutes (test with toothpick). Cool on rack, and serve warm or at room temperature. Enjoy!

See you at the farmers market on North Broadway Avenue from 4 to 6 p.m. Wednesdays or 9 a.m. to noon Saturdays.

Verlys Huntley is a master gardener and the president of the Albert Lea Farmers Market.