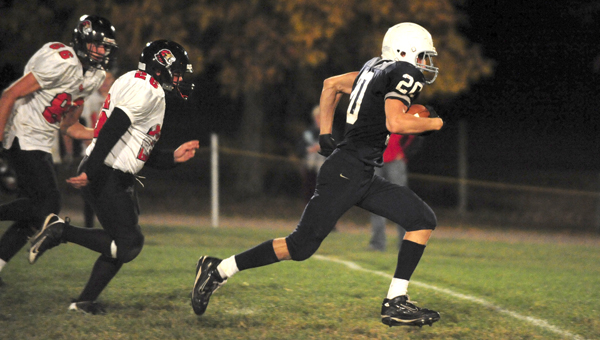 Glenville-Emmons’ Andrew Everson plows past Spring Grove defenders on Friday after a 61-yard reception from Christian Voss with about two minutes left in the fourth quarter.

GLENVILLE — The Wolverines knew they had their hands full for their Homecoming game on Friday taking on Spring Grove, last year’s section champions, but put up a fight in the fourth quarter.

Unfortunately for them it was too late. The Lions won the game 42-14. 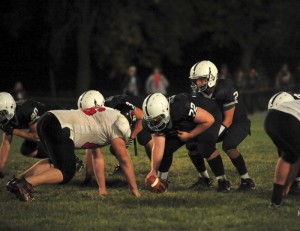 Glenville-Emmons’ Derek Olson and Christian Voss carried the ball to the seventh yard line within the last two minutes of the third quarter to set up the Wolverine’s first touchdown in the fourth. 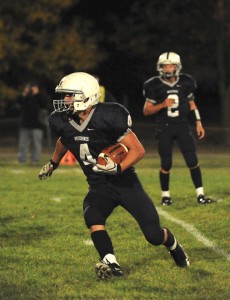 Just seconds after the clock started in the fourth quarter, Devin Nelson put the Wolverines on the board with a 6-yard run. Nelson then ran in the extra two points to chip at Spring Grove’s 35 point lead.

The Wolverine’s other touchdown came from Andrew Everson who caught a 61-yard pass from Voss and took off down the field from the 39-yard line to score again.

“The half-back pass was something that we put together at halftime,” Glenville-Emmons head coach Mike Olson said. “It was right there in the third quarter, but it was dropped that time.”

Three Spring Grove defenders chased after Everson, but lagged too far behind to stop him.

Picking up their game in the fourth, the Wolverines also made a big defensive stop when the Lions punted.

“We had moments, but then we had mistakes,” Olson said. “If we can cut out the mental mistakes, we can do good things the second half of the season.” 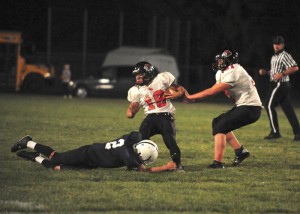 Those mental mistakes included jumping offsides and not lining up right.

The Wolverines next game will also be at home against Houston Public on Friday. The game will start at 7 p.m.