Gary Wayne Jordahl passed away Aug. 29, 2012. at Arizona Regional Medical Center of Bullhead City, Ariz. Gary was born Dec. 6, 1937, at home in Albert Lea. Gary being the oldest of four children of Nervin and Lucille Jordahl. 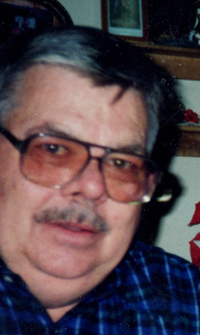 Gary was preceded in death by his parents and older brother Ronald.

He grew up on a farm in rural Glenville. Gary enlisted in the Coast Guard; in being discharged from the Coast Guard, he went into sales and manufacturing of many products, eventually selling and retiring from his antique bike business in Lemar, Mo.

A funeral service will be held at Myrtle Bethlehem Lutheran Church, 1 1/2 miles south of Myrtle at 2 p.m. Monday. Visitation is one hour before the funeral. The Rev. Ronald Myers to officiate. Interment is at Hillcrest Memorial, Albert Lea.