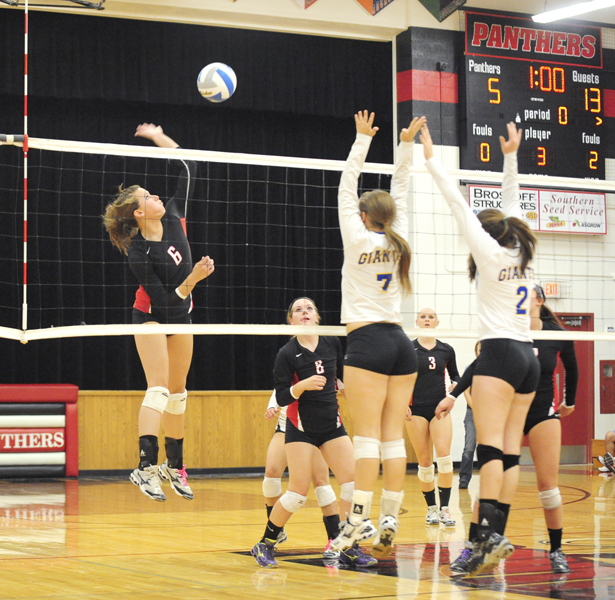 NEW RICHLAND — Going in to Tuesday’s game against Le Sueur-Henderson, the New Richland-Hartland-Ellendale-Geneva volleyball team knew it would have its hands full. 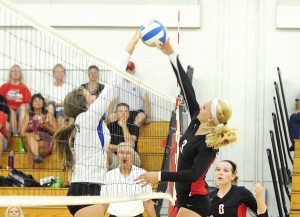 The Panther’s Carlie Wagner jumps to block a Le Sueur-Henderson player from scoring during the second game.

The Panthers helped the Giants, a traditionally Top 10 ranked team, to a 3-0 win after giving up too many unforced errors.

“They’re a very nice squad,” said Panthers head coach Joe Kuechenmeister. “They have really good hitters, are a great passing team and they have a phenomenal coach. That’s a good formula to success.”

The Panthers had trouble keeping their focus as they trailed by as many as 12 points during the games.

“They were getting frustrated in the last game,” Kuechenmeister said. “It’s tough when No. 1, not only are you battling a very good team, but No. 2, you feel like you’re battling yourself.” 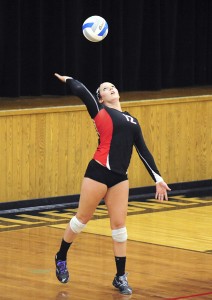 The Panthers made uncharacteric errors, but Kuechenmeister believes if they start taking care of the little things they’ll improve.

Kuechenmeister hopes the team can learn from Tuesday’s game and have a higher level of performance against Maple River on Thursday.