GLENVILLE — The Glenville-Emmons School District community is mourning the loss of former elementary principal and teacher Sue Gillard, who died Tuesday at her home. 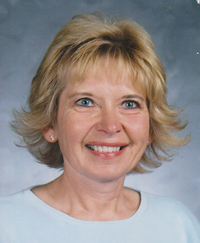 Jeff Tietje, principal of both the Glenville-Emmons elementary and high schools, said he received notice of Gillard’s death at about 10:30 a.m. Tuesday.

“Obviously it was a tough day yesterday for some of the staff members down here just because of the size of our school, being a small, close-knit school,” Tietje said.

He did not know the details surrounding her death. A notice of death appears on Page 3 today.

Gillard, 60, who retired last spring and was just beginning to enjoy her retirement, had worked at the school for 34 years. She became principal seven or eight years ago.

Tietje said many of the elementary teachers had worked with Gillard for decades.

“She was more than just a co-worker,” he said. “She was a good friend to a lot of the elementary and high school staff.”

Tietje said Gillard had attended Glenville-Emmons schools herself and returned to the district to teach a few years after completing college.

“She not only was a very key member in the school system, but her whole life has been in and around the Glenville area,” he added. “She gave a lot.”

Outside of the school district, Tietje said Gillard was active on the Glenville City Council and played the organ at First Lutheran Church in Glenville.

She was also active in trapshooting.

Tietje said teachers will be talking about Gillard’s death in each of the elementary classrooms, and each student will be making a tissue paper flower to be on display in a bouquet at the visitation and funeral.

There are about 150 students in the elementary school.

“We have some extra help over here in case someone is having difficulty with it,” he said.