Memorial Services for Harry “Buster” Rahn of Albert Lea will be at 1 p.m. Friday at First Lutheran Church in Albert Lea. The Rev. Allan Stoa will officiate. Military honors will be accorded by Albert Lea veterans organizations. Friends may visit with family from noon until the time of the services at the church. Bonnerup Funeral Service is assisting the family with arrangements. 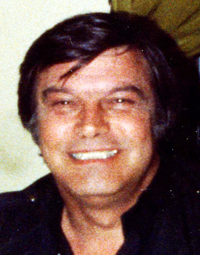 He was born on Aug. 2, 1936, in Algona, Iowa, the son of Harry (Sr.) and Gladys (Leeper) Rahn. Buster graduated from Albert Lea High School with the class of 1955. In high school he had been very active in band, especially enjoying playing trumpet in swing band. He also actively participated in many sports, serving as captain of the basketball team in his senior year.

Buster served the country in the U.S. Navy from 1955 until his honorable discharge in 1963. During this time, on Sept. 7, 1956, he married the love of his life JoAnne Hagen in the chapel at First Lutheran Church in Albert Lea. They had four children: Michael, Julie, Greg and Matt. They lived in Pensecola, Fla., and Norfolk, Va., before returning to live in Albert Lea.

While living in Albert Lea, Buster had worked for Streater and then Holton Insurance. In 1982, due to a change in JoAnne’s job, they moved to Minneapolis where he worked for Associated Insurance until his retirement in 2005. They returned to live at the Village Co-op in Albert Lea in June of 2006. In 2008 Buster began his “retirement job” of delivering for Ben’s Floral, which brought him much enjoyment.

He shared his musical talents with many as he played trumpet in a swing band for many years. He enjoyed a good game of golf and, in earlier years, softball and was an avid Vikings and Twins fan.