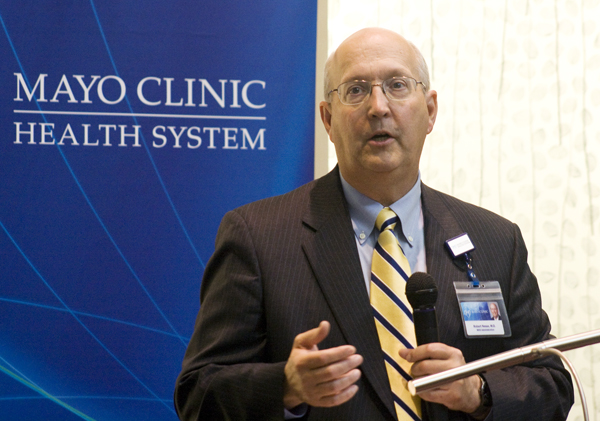 Mayo Clinic Health System in Albert Lea and Austin to become one by Jan. 1

During a celebration for the 20th anniversary of Mayo Clinic Health System on Friday, CEO Rob Nesse said he thinks Albert Lea and Austin have the chance to be pioneers in the medical industry. 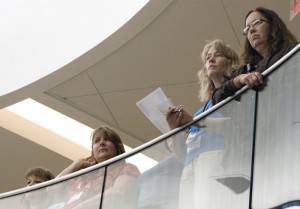 Starting in January, the hospitals are planning to be under the same organization; however, any potential name changes are awaiting board approval.

Nesse said while there are many questions that still need to be answered about the merger, he is confident the employees at both locations will be up for the changes.

Dr. Mark Ciota, CEO at both the Albert Lea and Austin sites, said under the merger, primary and secondary care will still be offered at each location. Combined, the system will also be big enough to offer specialties that there may not have been enough patients for separately.

Ciota said the plan will allow the hospitals to take care of patients the best they can and maximize their efficiencies. The hospitals will also continue to support community efforts in both Albert Lea and Austin.

Though plans for the merger have been in discussions for the past year, this is the first time the plans were talked about publicly.

Employees circled around the lower rotunda for the event and could also be seen circling around the main level. 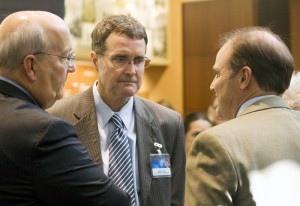 Renamed Mayo Clinic Health System in 2011, the medical center has 80 providers and more than 1,000 staff. It serves patients in Albert Lea, and also has regional sites in Alden, Kiester, New Richland, Wells and Lake Mills.

Mayo Clinic Health System began as a partnership between Mayo Clinic and a six-physician practice in Decorah, Iowa, and has grown into a health care delivery stem that includes more than 70 locations across Georgia, Iowa, Minnesota and Wisconsin.

Albert Lea joined the system after Mayo Clinic officials decided to take more of a presence in the communities where its patients are from.

Nesse said the size of the operation has more than doubled since it started.