The Albert Lea Housing and Redevelopment Authority is proposing a special levy of about $140,000 to support housing rehabilitation in the community. 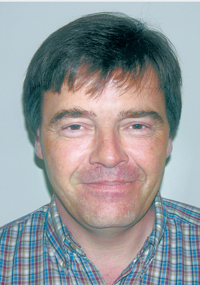 The Albert Lea City Council will take up whether to approve the 2013 preliminary HRA levy during its meeting tonight. At the same meeting, it will also take up the city’s own preliminary 2013 budget and property tax levy.

Albert Lea City Manager Chad Adams said city staff is recommending the HRA levy not exceed 30 percent — or $50,000 — of the maximum levy because the city is already anticipating a levy increase to support the Fire Department. He asked whether the HRA levy could be phased in over two to three years.

Local HRA Director Jon Ford said the funding specifically would go toward updates to the housing study completed every three years, a residential property rehabilitation program, demolition of city-acquired substandard property, and administration costs for a housing and redevelopment coordinator.

Ford said he is anticipating Albert Lea will not be chosen to receive funding through the Small Cities Development Program as it has in years past. The program supports rehabilitation of owner-occupied houses and has in the past few years gone toward about 50 homes.

He said the levy will help efforts to continue improving the local housing stock.

Ford is slated to be in attendance at the meeting tonight to talk about the proposal.