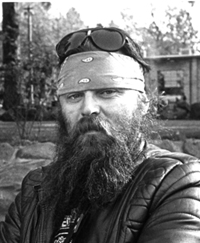 John lived in California before moving to Oregon where he was a co- founder of Isaiah 58 Ministry with his friend, Merle, in 2002, in Grants Pass, Ore. Isaiah 58 Ministry would go to different counties in Oregon and would feed, clothe and minister to the homeless.

He will truly be missed by those who survived him; his children: Kristin (Bobby) Harness and their children: Daniel and Jasmine of Westminster, Colo.; Kelli Jensen (Jason Hensche) and their child: Ethan of Clarks Grove, Dawn Michelle of California and son Derek.

John was a very devoted Christian who loved the Lord very deeply. His family meant so very much to him. His greatest joy was his children and grandchildren.

A memorial service was held in Ashland, Ore., on Sept. 12.