Funeral service for Marvin F. Schmidt will be held at 10 a.m. Friday at Crossroads Evangelical Free Church. The Revs. James Peterson, Alan Anderson and Torrey Zimmerman will officiate. Interment will be at Graceland Cemetery. Visitation will be held from 5 to 7 p.m. Thursday at Bayview/Freeborn Funeral Home and one hour prior to the service at the church. 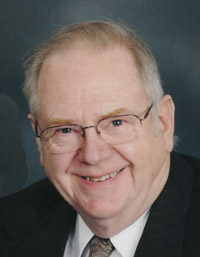 Marvin was united in marriage to his childhood sweetheart and neighbor girl, Althea F. Hansen on May 22, 1955. They enjoyed traveling together in their younger years. Marvin enjoyed keeping busy, and he could fix anything. He enjoyed carpentry work, fixing up old tractors and vegetable gardening. He appreciated old cars and enjoyed watching the NASCAR races on TV. Marvin was a very considerate man; he would do anything for his children and friends. He was a fine husband, father, grandfather and great-grandfather. Marvin will be missed greatly.