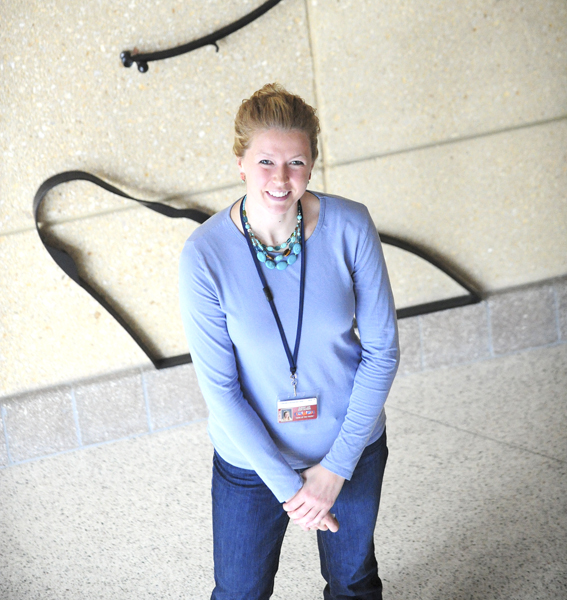 The Albert Lea girls’ basketball team will have a new head coach after the dismissal of Sean Gilliam over the summer.

Twenty-eight-year-old Lindsey Hugstad-Vaa, a former Apple Valley resident, will pick up the team and also work in the Albert Lea High School guidance department as a school counselor for the eighth, ninth and tenth grades.

She has been playing basketball since she was in the second grade and in college even played for a semester in Poland.

The following are excerpts from an interview:

Q: How did you end up here?

A: I was looking for guidance positions and I applied to this one on a whim. There were a bunch of jobs up in the Cities, but not head coaching jobs with them. At first I didn’t even know where Albert Lea was.

Q: How long have you been coaching?

A: Since I graduated with my undergrad. I was an assistant last year and the junior varsity coach at Chanhassen. I’ve coached the Metro Stars for the last five summers, and I just felt that I was ready to make game calls and be the head coach.

Q: Did you think you would land a job where you could do both jobs?

A: That’s what I was hoping and, if not, work and coach in the same district.

Q: How can you use your counseling degree in coaching?

A: I can address the mental aspect of coaching, like motivation. I’ve had great coaches and I’ve had horrible coaches. I know the great coaches actually cared about us as people. I’m going to try and teach them what I learned from my great coaches because I know coaches can have such a huge influence on people.

Q: What is your plan for the Albert Lea girls’ team?

A: I don’t know the what the talent level is, but as long as they have heart and they work hard, it will be OK. I hate losing, but if we are working our hardest and playing our best, then things should fall into place. As long as they have a good work ethic, we can work with anything.