Met Opera to be aired live in A.L.

Made possible through a collaboration with Albert Lea Civic Music and Albert Lea Community Theatre, plus a series of grants, the first opera will be shown Oct. 13.

Tickets will be on sale starting Tuesday for the dozen shows of the season. Operas will be shown one or two Saturdays a month through April.

“It’s just fabulous and great that we can offer this to our community,” said Neil Lang, manager of the Marion Ross Performing Arts Center. 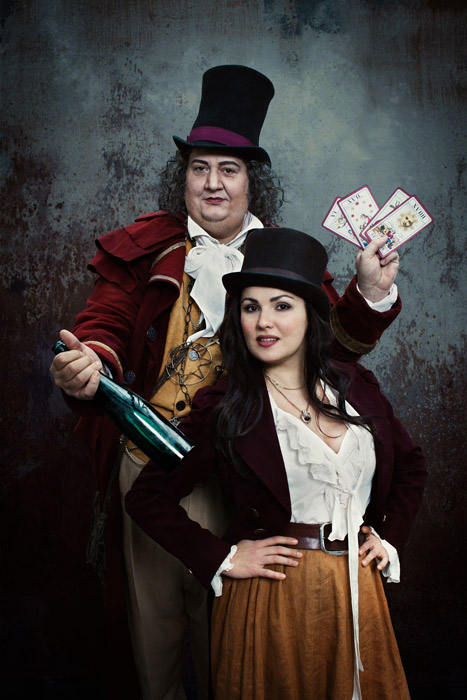 Ness, a board member for Albert Lea Civic Music, and Glen Parsons, with Albert Lea Community Theatre, presented the idea to both local groups and worked to establish a partnership with the Met Opera earlier this year.

Independent theaters, such as the one in Albert Lea, have to be at least 50 miles from a movie chain theater to be granted permission.

To prepare for the opera, the Marion Ross Performing Arts Center has been outfitted with a new 16-foot wide screen, a new projector and satellites.

While the focus this year has been on bringing the high-definition live Met Opera to town, the theater in the future could showcase the National Theater Co., the Los Angeles Philharmonic, ballet, jazz or seminars.

Ness said there is a group that already treks from Albert Lea to Mankato, Rochester, the Twin Cities, Ames, Iowa, and Des Moines to see the high-definition live Met Opera now, but now these people will now be able to stay in Albert Lea to watch it here.

“Everybody we’ve talked with has been very positive and thinks that it’s a wonderful thing we’re bringing to Albert Lea,” Ness said. “It’s exciting.”

Ness said during intermissions there will be backstage interviews with opera singers, tours of the set changes and other information you don’t get when you go to an opera in New York City.

Each opera will have subtitles shown on the screen, and opera-goers can request a season brochure from the Met Opera covering the synopsis and the singers in each.

Tickets may be purchased online through www.AlbertLeaCivicMusic.com or www.ACTonBroadway.com, or at the box office at the Marion Ross Performing Arts Center. General admission is $20 per show.

Ness said each Friday prior to the opera, a group will meet at Prairie Wind Coffee at 12:15 p.m. to run through the synopsis of the opera and the singers that will be presenting.

Organizers are planning a gala celebration for the day of the first live broadcast on Oct. 13.

Tickets, please
When: Tickets on sale Tuesday
Price: $20 general admission per opera, $18 for Met Opera members and ACT or Civic Music season ticket holders, $12 for students under 30
Where: online at AlbertLeaCivicMusic.com or ACTonBroadway.com or in person at the Marion Ross Performing Arts Center box office