Minn. State Fair has its own police force

The day out in the Minnesota State Fair with the kids went better then I expected! They had so much fun, playing games, taking in all the sites, and I even brought them to their first rock concert.

It was very exciting for them to finally see where their dad has been working at the fair. Most people do not realize that the fair has its own police department, which also includes its own jail. (Who would of thought?)

Food for the day? Malts, cheese curds, cannolis, french fries and slushies. I couldn’t persuade them to try the chocolate-covered bacon though, so, I think I’ll have to rely on my husband for that one.

And the alligator? Unfortunately, it was closed by the time we got around to it. Just as well though. I hear it tastes like battered rubber, but you never know, I may still get to it. 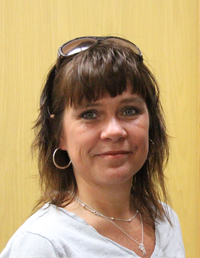 Today I will be checking out the laser show, which is new this year. Normally it’s about a 20-minute wait in line, but I am thinking if I go in early, I should be able to get right in. And while I am on that side of the fair, I have been recruited by my husband to pick up the new red velvet funnel cake (with cream cheese frosting) not just for us, but for two other people he works with.

How could I possibly say no? Red velvet! Seriously, why has it taken me so long to go after this temptation?)

So, I am off for another fun filled day at the fair,

So the end has finally arrived, the last day of the fair. I walked more than 50 miles and thousands of steps in the past 12 days. I tried new foods and old favorites. Met both new and old friends and experienced the fair to its fullest. 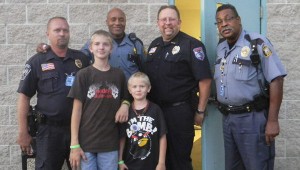 I was able to attend some really good bands both free and not so free. I am often asked if I get sick of being here for the whole duration, and I can honestly say that even though I love coming up here for the food and sites, by the 12th day, I am ready to come home.

The weather was pretty good for this year. It rained just a couple of times, and got pretty hot on some days as well. But it didn’t stop more than 100,000 people from walking through the gates, each and every day. So as I pack up and get ready to come home, I thought I’d leave you with a couple more fun facts:

The state fair water tower actually has a laundry room and showers inside of it.

This year, there were six people recognized for working here 50 years or more. This will not be me!

The most popular singalong song at the fair last year was “Don’t Stop Believin’” by Journey.

So thanks for reading, it’s been a lot of fun!

Aymee Hanna is corresponding from the Minnesota State Fair for the Albert Lea Tribune.