Funeral services for Paul Amann of Albert Lea will be at 11 a.m. Friday at St. Theodore Catholic Church, Albert Lea. The Rev. Timothy T. Reker and Deacon Mike Ellis will officiate. Visitation will be from 5 to 8 p.m. Thursday at Bonnerup Funeral Service and one hour before service at the church. Interment will be at St. Theodore Catholic Cemetery. Military honors will be accorded by the Albert Lea veterans organizations. 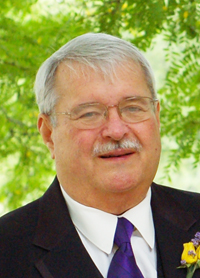 He was a life long resident of Albert Lea. Paul graduated from Albert Lea High School in 1961 and from Mankato State College in 1969. He served in the U.S. Navy from 1962 to 1965. Paul was married to Bonnie Sydnes on Oct. 28, 1967, in Albert Lea. Paul was a member of St. Theodore Catholic Church. He was on church council serving as a past president and Grand Knight Faithful Navigator. He worked as a certified public accountant from 1969 to present, having completed his 43rd tax season.

Paul enjoyed fishing, especially his trips to Canada. He loved spending time with his family and grandkids and going to the cabin in Brainerd.

Paul was preceded in death by his parents and brother Jack Amann.