School district to save $1 million through bond refinancing

Through refinancing bonds, the Albert Lea School District will save about $1 million over five years.

A financial adviser from Ehlers, an independent financial advisory company that serves the public sector, and the district’s Director of Finance and Operations Lori Volz presented the option to the school board at its meeting Monday evening. 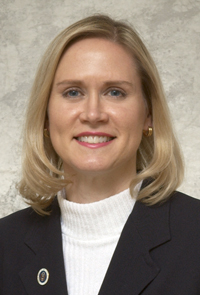 The adviser, Jodie Zesbaugh, compared the plan to refinancing a home mortgage. Currently the district has some general obligation bonds with an interest rate of 4 percent. The new bonds would have interest rates of 2 to 3 percent, saving about $200,000 a year for five years.

“This will be a direct savings passed on to taxpayers,” Zesbaugh said. “This is a really great opportunity.”

She also told the board the interest rates are at a historic low, and that other school districts are also refinancing loans.

The board also adopted the proposed 2012-13 levy. Final approval for the levy will be in December, and Superintendent Mike Funk estimated there would be an increase of about 3.5 percent.

Member Bill Leland presented to the board about an initiative he feels passionate about. Albert Lea’s district is one of more than 60 school districts in a group called Schools for Equity in Education, or SEE. The group is lobbying to make school funding equal across the state. Larger cities are able to tax more businesses, which makes levies more affordable for taxpayers who live there. Smaller cities rely more on taxpayers, because there are fewer businesses, according to Leland. Leland said pre-1990s levies were used for extra programs, while now they are used for basic programming in the schools.

SEE is asking people in Greater Minnesota to contact their legislators to make the issue a priority for the 2013 legislative session. Leland also said the group will be making presentations around the state about the issue.

• Reduced activity fees for fine arts in the district for free and reduced families. There is a similar program for athletics, where families on reduced price lunch plans pay 50 percent less and families receiving free lunch pay 80 percent less. For a student on the free plan that would mean fine arts activities would cost $9 instead of $45.

• Approved an annual report on curriculum, instruction and student achievement. Director of Teaching and Learning Mary Williams presented the report to the board. By state law the district must approve the report and post it on its website by Oct. 1.

• Approved the school board’s academic goals for 2012-13. The board has been discussing these goals at previous meetings, and they include increasing the graduation rate and ACT scores as well as making sure all students are growing academically. Funk said the these goals are solely academic and that the board may discuss other goals in the future.

• Approved a choir trip to New York City in March. Choir Director Diane Heaney presented the plan to the board. The trip will cost around $700 to $800, and 51 students have already said they would like to go.

• Swore in student school board member Jacob Jensen. Jensen, a sophomore, and Sarah Savelkoul, a junior, will come to meetings and act as non-voting members.

• Experimented with video conferencing. Board Vice Chairman Mark Ciota was out of town, but attended the meeting via video chat. Funk said a state law changed this year that allows school boards to use video conferences provided there is video and sound on both ends.