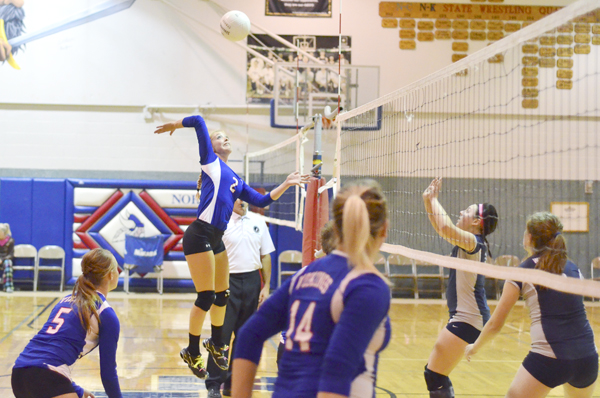 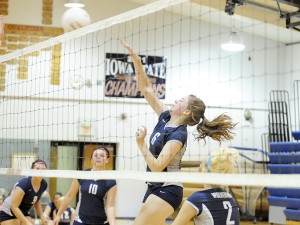 Glenville-Emmons’ Meagan Nelsen hits the ball over the net during a triangular in Northwood on Monday. -- Brandi Hagen/Albert Lea Tribune

Northwood-Kensett swept the triangular winning 3-1 over the Wolverines and 2-0 over West Fork. Glenville lost to West Fork 2-0.

Wolverines’ head coach Lisa Ziebell said her girls are still lacking confidence in the way they play and it caused them to do too much tipping and have a lack of communication.

Ziebell said it also didn’t help that she was moving girls around.

“I’m trying to find the chemistry, and I don’t think I’ve found that yet,” Ziebell said.

She said Northwood-Kensett’s confidence and consistentency through the match led them to their wins. 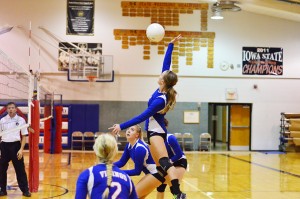 “I think our serves is what really won the match,” Eilertson said.

Eilertson said the way the outside hitters played for Glenville-Emmons was tough on the Vikings.

“Balls that normally would hit the floor, they seemed to be right on,” she said.

For complete results from the triangular see the Scoreboard.