Virginia Harriet Larsen Tometich departed from life’s last great adventure on Wednesday, Sept. 12, 2012, of congestive heart failure. Although her heart was worn her mind was strong and active until the end. She conquered the daily newspaper crossword puzzle, organized and re-organized, re-purposed glass jars and spoke her mind. She took great pride in being a member of the greatest generation, and followed the creed of working hard, keeping one’s word and providing a helping hand to those less fortunate.

She was born on April 30, 1922, to Harold E. and Alma Gillum Larsen in Albert Lea. She graduated from Albert Lea High School and went on to graduate from Minneapolis Business College in 1943. While employed at Hill Air Force Base in Utah, Virginia met and married Charley Tometich on April 29, 1944. Shortly thereafter, they left Utah for career moves to Hawaii and California before returning to Utah in 1965. After 21 years working in Federal Civil Service, she retired in 1980.

Virginia was most proud of her children, Randy, Darrell and Lauryn, and her grandchildren, Zachary, Lucas and Alix. In 1997, Virginia converted to The Church of Jesus Christ of Latter-day Saints and often remarked that converting to the church was the best thing she had ever done for herself.

She made a killer potato salad and apple pie. Her interests were genealogy, short story and bad poetry writing, plus equally bad sketching and oil painting. The loves of her life aside from her husband, kids and grandkids, the gospel, and her five true friends, were all types of music, flowers, all four-legged critters, bumblebees, starlings and thunderstorms. 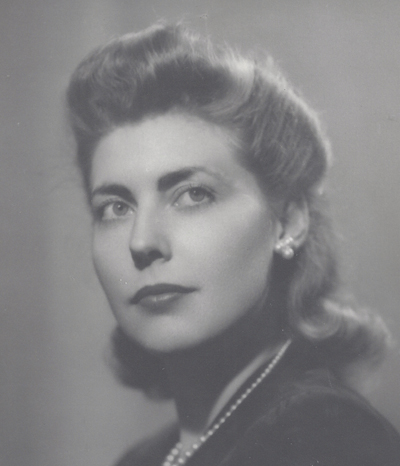 She was preceded in death by her husband, Charley; son, Darrell; daughter, Joann; grandson, Zachary and brother, Darrel.

Graveside services were at 11 a.m. Saturday at Lindquist’s Memorial Gardens of the Wasatch, 1718 Combe Road. Friends visited with family on Saturday from 9:30 to 10:30 a.m. at Lindquist’s Ogden Mortuary, 3408 Washington Blvd., Ogden, Utah.

Send condolences to the family at www.lindquistmortuary.com.