Amendment has residents deciding what marriage means to them

There’s been a lot of debate about the wording of the proposed marriage amendment, but Joey Miller knows what the words mean to him.

“It’ll say that I can’t get married to the person that I love based on my preferences and gender,” he said.

Miller, an openly gay Austin resident and former mayor candidate, is working to defeat the amendment. He has helped Minnesotans United for All Families at its Rochester office since late July, making calls and fielding questions for those who stop by.

“I see it as a very hurtful amendment for same-sex couples,” he said.

Miller’s work with MN United is part of the efforts of roughly 700 organizations that hope to convince Minnesotans to vote no. MN United Press Secretary Kate Brickman said the issue centers on people’s rights.

“We see it as a limitation on a basic freedom for a lot of Minnesotans,” she said.

Marriage centers on love, commitment and responsibility, Brickman said, and gay and lesbian Minnesotans want to embrace that just as straight Minnesotans would.

“You think about some of those values that we’ve learned about treating others the way you want to be treated,” she said.

Brinkman claims that Minnesotans are 67 percent more likely to vote no after a single conversation. MN United’s approach has been to spark that conversation.

“We know that when people see a TV ad, they might ask the person next to them, ‘Hey, what do you think about this?’” Brickman said.

Advertisements are just the latest in a string of advocacy efforts for the group, which has been using phone banking and initiating talks since May 2011. It has about a dozen offices, plus 50 “action centers,” — smaller, makeshift offices in churches or community centers.

“When we talk to Minnesotans, they come to the realizations that voting no is the right thing to do,” Brickman said.

One of the biggest groups involved is communities of faith, Brickman said. About 600 religious leaders around the state from every denomination are working with MN United. Even some Catholic priests are working behind the scenes to support the effort.

“Our constitution isn’t for putting in religious purposes,” he said. “It’s for the rights of the people.” 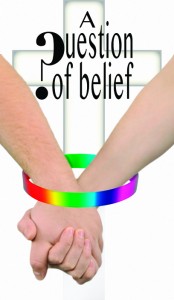 “It just shows that it isn’t a gay or straight issue,” he said. “It’s a Minnesotan issue about whether we should accept people for who they are.”

Brickman agreed, saying the demographics spanned “just about every facet of Minnesota life,” and didn’t fall along party lines. The organization’s board of directors comprises sitting Republicans, business leaders, union workers and progressives.

Gays and lesbians are not the only ones who would be hurt by the amendment, Miller said. Straight parents would have to explain to their children why a whole group of people cannot marry, which could affect the way a child views gay people.

At its most recent filing in late September, MN United had raised $7.3 million. Brickman said 50,000 individuals have contributed, and 93 percent are from Minnesota. The rest come from those with a strong connection to the state, and are either former Minnesota residents or those with family members here.

Voting against the marriage amendment would not legalize gay marriage, Brickman stressed. But it would stop the definition of marriage as between one man and one woman from being cemented in the state’s constitution, a change that would be difficult to undo.

“It allows us to keep the conversation going,” she said.

Chuck Darrell can boil down the reasons for voting ‘yes’ on the proposed marriage amendment to one word: children.

“Children need both a mother and a father,” he said.

Darrell is the communications director with Minnesota for Marriage, an advocacy group geared around encouraging voters to support the marriage amendment on Nov. 6. He said he supports it because he knows firsthand what growing up without a stable family is like. Darrell’s parents divorced, and for a while he was raise by a single parent.

“What we’re talking about is the bedrock of society and the foundation of the family,” he said. “Marriage is in jeopardy in Minnesota.”

While two people of the same sex may love each other, that does not necessarily make a healthy environment for children, he added. Marriage is more than just love and commitment; it inherently includes the potential for children.

Koryn Smith, an Austin resident who teaches online at San Diego Christian College, echoed Darrell’s concerns. Much of today’s culture undermines the strength of the family, and children need their parents to reinforce that.

“I believe that traditional marriage needs to be strengthened,” Smith said, adding that a long-standing biblical mandate on marriage as between a man and a woman should be a modern day reference point.

“I believe you have to go to a foundation that doesn’t change, and that is the Bible,” Harder said. “Otherwise, my judgment is no better than yours.”

What is socially acceptable at any given time will change, leaving society to continually fumble for rules and morals, he said.

Marriage has never been an institution accorded to same-sex couples, Smith said, and that shouldn’t change now.

“I don’t see it as a civil rights issue,” she said.

Smith said her church believes gay people should keep the rights they have to live, work and get an education, and they shouldn’t be targeted in any way.

“We should love them just like anybody else,” she said.

Harder sees marriage as a concept patented for one man and one woman, and if a similar arrangement was going to be available for same-sex couples, it should be separate.

“If the other side would like to do that, then they should have to use another word,” he said.

In some states where same-sex marriage is legal, those who opposed it have been targeted, Smith said. If Minnesota one day legalizes same-sex marriage, she fears the consequences. She believes there are misconceptions on both sides, and everyone has a right to his or her own opinion.

If the marriage amendment does not pass, Smith worries a group could try to legalize gay marriage in Minnesota and force churches to perform those marriages.

Minnesota for Marriage has focused its phone banking efforts on the consequences of the amendment’s failure to pass, Darrell said.

The organization’s other efforts have included online “marriage minute” videos — short clips sharing stories of wed couples — advertising and speaking in churches. The group has raised about $1.2 million so far, Darrell said.

The amendment will ensure the state’s policy is determined by its people, not by lawyers and judges trying to legalize same-sex marriage like those handling cases in Hennepin County right now, he said.

• If the marriage amendment fails, it would not legalize gay marriage. It would not change the law, as it is not legal for same-sex couples to wed in Minnesota.
• If the marriage amendment passes, it would define marriage as between one man and one woman in the state’s constitution, a change that would be difficult to undo.
• There is no neutrality on the ballot. Those who vote but don’t check ‘yes’ or ‘no’ are essentially ‘no’ votes, since the amendment needs a majority of all votes cast to pass, not a majority of the votes cast for the amendment.