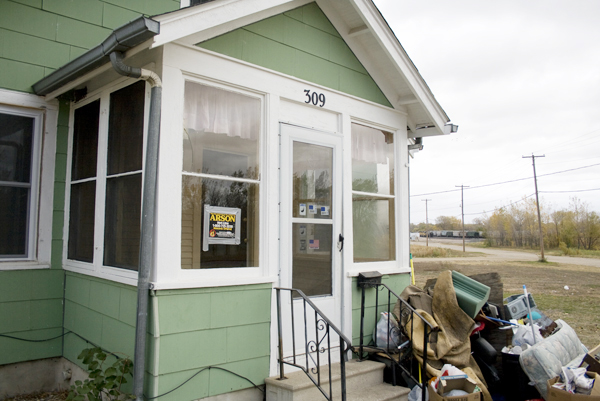 Fire investigator Doug Johnson said firefighters were alerted to the fire, at 309 E. College St., at 1:40 p.m. The fire appeared to have occurred Tuesday night and had burned itself out.

Johnson said the owners of the house had been cleaning there on Tuesday and had left at about 8 p.m. They came back Wednesday to continue preparing the house for new tenants when they noticed there had been a fire in the house.

He said he could not comment on where the fire originated or what the estimated damages were because it is still under investigation.

He noted the cause of the fire at this point is undetermined but suspicious in nature. The blaze was contained to one area in the house. There was no apparent fire damage on the exterior of the house.

Investigators posted arson signs on the front and back of the house, asking for people to contact authorities if they have any information about the fire.

Johnson said there was question as to whether the house was locked. There did not appear to be forced entry.

He estimated that the previous tenants moved out a week or two prior.

He anticipated he could release more information on Monday or Tuesday.

The property owner was listed as Donald Brandt.