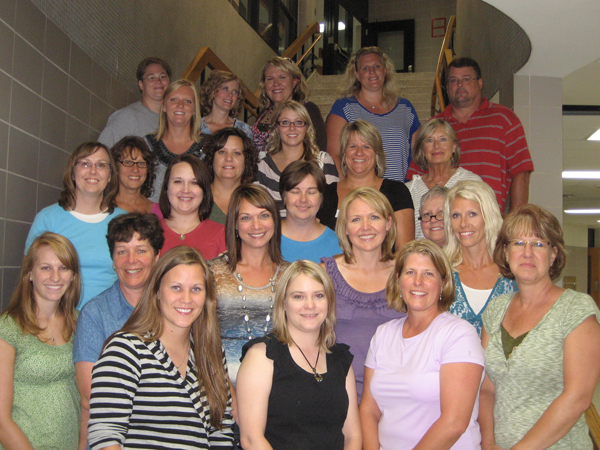 Pictured are teachers from Albert Lea Area Schools who received grant awards from the Education Foundation of Albert Lea. Some grants were awarded to individuals and some to groups of teachers. All applicants submitted proposals for projects they wanted help funding in the 2012-13 school year. Nearly $5,000 was awarded, but no grant was more than $500. The Education Foundation continues to seek donations to support these projects, including donations given in honor of a favorite teacher or in memory of a teacher. The 2013-14 grant applications will be received next June for awards in August 2013.