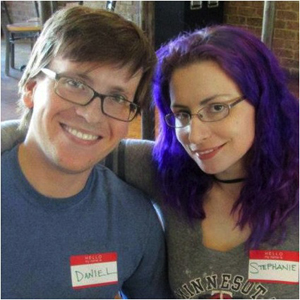 Stephanie is the daughter of Colleen Kastanek and James Cholensky of North Branch.

Daniel is the son of Gary and Jeanne Schindler of Coon Rapids and formerly from Albert Lea.

Stephanie is a 2010 graduate from the University of Minnesota with a Bachelor of Science degree in biochemistry. She is employed by the Center for Integrated Chemical Biology and Drug Design at the University of North Carolina-Chapel Hill School of Pharmacy.