Gary and Lori Klingson of Glenville along with Bruce and Marcee Cwiakala of Westville, Ind., announce the engagement of their children, Luke Klingson and Sara Cwiakala. 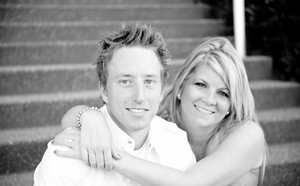 Grandparents of Luke are Bob and JoAnne Kluender of Myrtle and Alfred and Ardis Klingson of Fort Dodge, Iowa.

Luke is a 2006 graduate of Glenville-Emmons High School and a 2009 graduate of Minnesota School of Business. He is employed at Luther Burnsville Volkswagen in Burnsville.

Sara is a 2001 graduate of Chesterton High School and a 2007 graduate of Purdue North Central. She is employed with Pernod Ricard USA in Minneapolis.

A wedding is planned for June 14, 2013, at The Legends Golf Course in Prior Lake.