Ex-West Side Clinic to be demolished 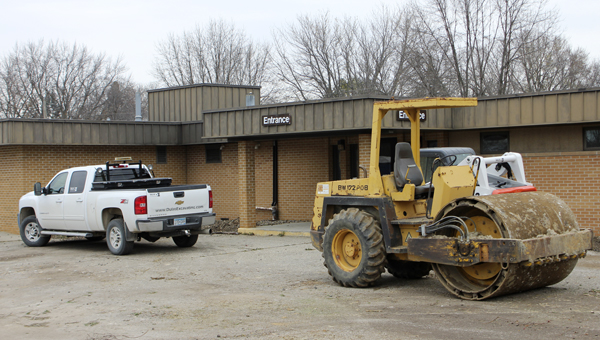 Construction equipment surrounds the entrance to the former West Side Clinic on Monday at the west end of Fountain Street in Albert Lea. The building will be torn down and in its place will be an assisted-living facility for patients with memory-care needs. -- Tim Engstrom/Albert Lea Tribune

The former West Side Clinic is going to be razed, and in its place will be an assisted-living facility for memory-care patients. 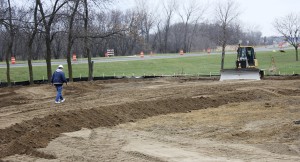 A bulldozer moves dirt Monday where the parking lot for the West Side Clinic used to be.

Demmer said the facility will have 18 rooms and 20 beds. It will be one building with two halves, resembling a duplex, with nine rooms for each side. It will have a fenced-in courtyard, too.

He said he likes the location, with Shoff Park and Higbie Gardens immediately to the north, Highway 13 to the west and the neighborhood supported by Fountain and Clark streets surrounding the rest. He also likes that St. John’s Lutheran Home and the George Lundstrom dental office are nearby.

“I’ve always liked Albert Lea,” said Demmer, who lives in Buffalo and has family in New Richland. “It’s a great place. It’s one of the best-kept secrets of Minnesota, a town around the lake.”

The company has a similar unit in Isanti and other units in Willmar, Hutchison and Alexandria.

Prairie Senior Cottages of Albert Lea, 405 N. Eighth Ave., will employ 35 to 40 full- and part-time workers, he said. The company, he said, has an emphasis on “above-ordinary” staffing levels.

He said people caring for people with dementia disorders “need the proper tools.”

Considering the property purchase, the demolition, the construction and getting the staffing going, the price tag for the project, Demmer said, is about $2.5 million. The silent partner in the company is Benedict Gorecki of Milaca.