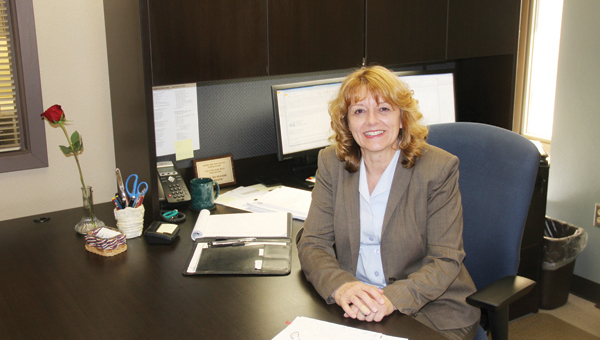 Terry Berg spent most of the last 10 years doing the jobs of two people, sometimes many more. When she came to Albert Lea in July, it was to embrace a new life goal.

“I’m hoping to get re-introduced to my free time,” she said.

The self-described “workaholic,” 55, was already finance director for the city of Faribault when the city administrator left and someone needed to step in. Berg took up the role of interim administrator on top of what she was already doing.

Then, once the city had found its new administrator, she was appointed deputy administrator. From there, she kept piling on proverbial hats.

“My job was changed to include the IT department and also human resources,” she said.

Then there was work to be done at the municipal airport, and Berg had relevant experience. So she added a few more responsibilities to her already daunting employment list and got involved with more than $5 million worth of airport construction projects. In all, she was regularly working 80- to 85-hour weeks.

Berg found herself looking for a change of pace. She wanted to get back to focusing on finance, so she applied to be finance officer for the city of Albert Lea. Now she’s here, and while it’s taking her some time to get to know the city in depth, she said the transition has been relatively smooth.

“It’s been going really well,” she said. “The structure of the city is similar to Faribault.”

Albert Lea is about to pick up Windows-based financial software to update a program that Berg said has been in use since the ’80s. The new software will include some helpful features, including allowing employees to look up payroll information on their own. Berg has twice helped cities make the transition to this same software, including during her time working in Faribault.

Berg’s qualifications cover a number of departments, but she chose to stick with finance for the challenge it posed.

“You get to be a bit creative and strategize and do long-range planning,” she said.

There are always interesting projects to tackle, and new goals to target. The city’s finances impact many aspects of Albert Lea, and her goal is to leave the city in a better state. Her work right now mostly consists of the budget and capital improvement plan.

“We’re kind of all working together and figuring things out,” she said of her staff at City Hall.

Berg was born in Rochester and grew up in Dodge Center, where she went to high school. Though her parents still reside there, Berg left to attend college at Southwest Minnesota State University in Marshall.

“Believe it or not, I started out as a schoolteacher,” she said.

She later went back to school and has worked in the public sector since 1985. She started as a city administrator, then moved on to serve as finance director for the city of Lake Elmo before moving to Faribault, where she still lives.

The commute to Albert Lea is about 45 minutes. Berg said she decided to hold off on looking for a house in town until the market is better.

In her free time, she enjoys riding her motorcycle, camping and hiking. She also takes trips to Arizona to visit friends of hers that have moved there.

Family: Son, Brandon, also lives in Faribault and owns a trucking company and works in livestock.

Interesting fact: When he was a teenager, Berg’s son took a motorcycle class. She signed up to take it alongside him, despite her nervousness, so she could learn to ride. Now motorcycling is one of her hobbies.