A memorial service will be at 10:30 a.m. Tuesday at the Conner Colonial Chapel, 1008 First Ave. S., Northwood, with the Rev. Wendi Gillan of the Northwood United Methodist Church officiating. Inurnment will be held in the State Line Cemetery, rural Northwood. Visitation will be held one hour prior to service time on Tuesday at the chapel. 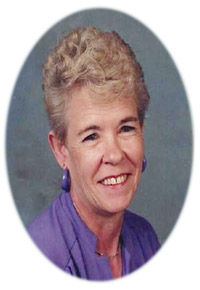 Geraldine “Geri” Kingsbury was born in Elgin, Iowa. Her father worked construction and the family lived in several towns during her growing up years. In the late 1950’s she moved from Buffalo Center, Iowa, with her husband, Leon, to northern Minnesota. Through the 1970s she spent her time raising a daughter, being a good wife and was actively involved in the Methodist Church. In her later years, she remained in Minnesota enjoying her hobbies of reading, golfing and traveling as well as remaining active in the church. She ended up in Texas living closer to her daughter as her health started to fail until she passed into God’s hands.