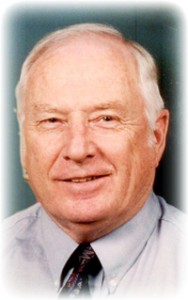 A celebration of Glen’s life will be at 3 p.m. Saturday at Zion Lutheran Church, 2100 Boniface Parkway in Anchorage. The Rev. Brandt Hoffman will officiate. Glen’s ashes will be scattered at his favorite place at a later date.

Glen was born Dec. 2, 1936, to Harry and Grace (Erickson) Graham in Albert Lea. He entered into the U.S. Air Force in 1955 and served until retiring and being honorably discharged Nov. 30, 1975. Glen had received a Bachelor of Arts degree in accounting and had worked as an accountant for the USAF, owned and operated Professional Management Services Inc. and worked for the state of Alaska as an auditor. He had moved to Anchorage in 1961 until 2008 when he built a home for his family in Chugiak. Glen was a member of Zion Lutheran Church in Anchorage and had participated in the Lutheran Engaged Encounter and Marriage Encounter. He was a member of the Alaska Sports Car Club and enjoyed hunting, fishing, flying, reading, car racing, snowmachining, skiing, singing, commercial halibut fishing and building things; he had an expert’s skill with all things motorized cars, boats and airplanes.

“Glen was the most honest man I ever met,” noted a family friend.

Arrangements were cared for by the Anchorage Funeral Home & Crematory. Please visit Glen’s obituary and online guestbook at www.AlaskanFuneral.com.