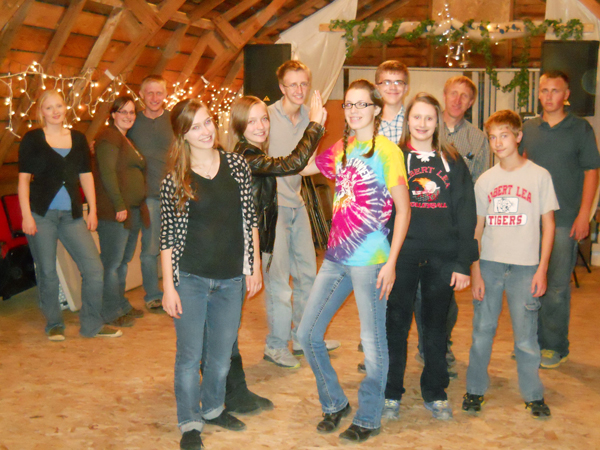 Members of Hayward 4-H recently held a barn dance during a monthly meeting.

The Hayward 4-H Club met for its monthly meeting on Oct. 7 at Al and Shari Wagner’s home. President Derek Wagner called the meeting to order. Special guest Megan Thorson, 4-H program coordinator for Freeborn County Extension Services, was welcomed. The group talked about the state 4-H dog show that was held on Sept. 22 and 23 at the state fairgrounds in St. Paul.

There were 23 youth from Freeborn County who showed their dogs in the state show, and 11 of these 4-H’ers were from the Hayward Club. Many of the kids stood up to talk about their experiences and their award-winning results from the show.

The group discussed the upcoming Hayward Club banquet and meeting that will be at 5 p.m. Nov. 18 at the Hayward Lutheran Church.