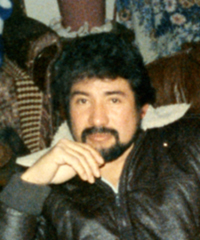 He was preceded in death by his parents, Jose and Lucelle Garza.

John was extremely loving and was a friend to all. John lived the majority of his years in the Albert Lea area and enjoyed fishing, cooking and spending time with his children and grandchildren. John worked at Olsen’s Manufacturing and Alamco. He loved sports and played softball locally for many years. John was a very generous man and was known for his helping hands and caring nature.